Ferrari Diehard Fan Keeps His Car in His Living Room

Some Ferrari aficionados dedicate an entire garage wing for the brand, like Ralph Lauren did with his mind-boggling car collection. Others dedicate their home to their beloved car! This is exactly the case of John Ryder from Sheffield, England. The steel worker loves his yellow Ferrari so much that he decided there is no better place for the car than his own home. They now share the same roof and for this Ryder had to pay £900.

The money went into a house modification that allowed the car to enter his living room. A garage door was installed at the end of the room, right behind the curtain that you can see in the pictures. John bought the 1996 Ferrari 355 Spider more than three years ago, but he still declares to be thrilled at the thought of owning his favorite vehicle.”I’ve owned the Ferrari for more than three years and the novelty still hasn’t worn off”, he said. 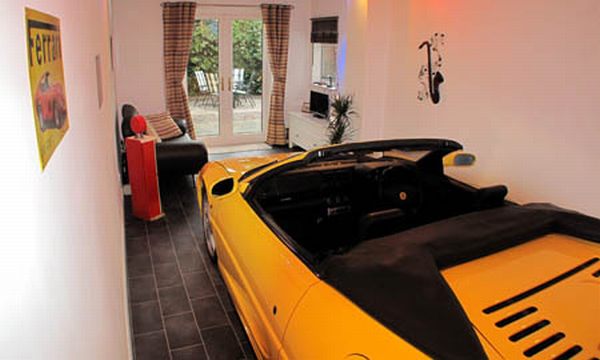 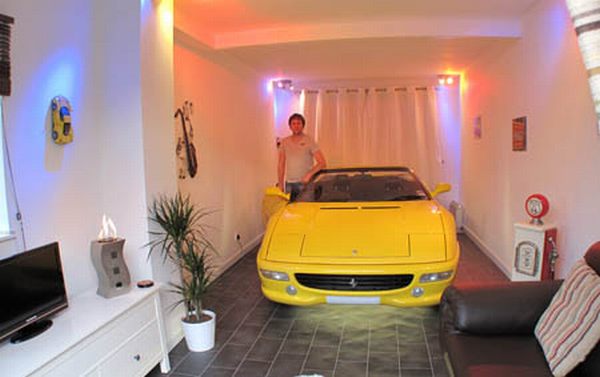 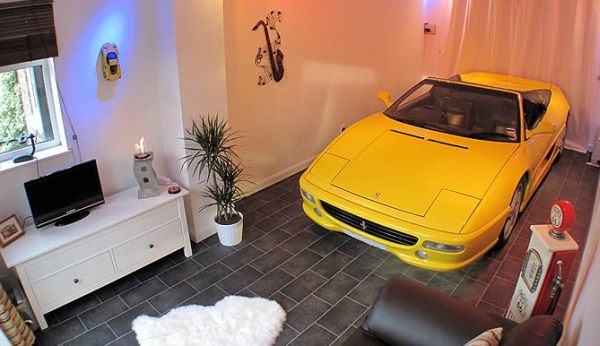