Behind L’Oréal, the largest cosmetics and beauty company in the world, there is a media-shy heiress, an impeccable lady with an immense fortune. Ms Liliane Bettencourt, the only child of Eugène Schueller, the founder of L’Oréal, is currently the 15th richest person in the world and the second richest woman in the world with a net worth of 23.5 billion.

The story of her enormous wealth begins way back, in 1907 when her father developed a new hair dye formula, which he called Auréole. He had been a brilliant science student and after university he started working for a barber who wanted a chemist to help him create new, high quality products for his clients. The Auréole dye was developed in the family kitchen, but that didn’t make it any less impressive. Two years later Schueller registered his company, which was originally known as “Société Française de Teintures Inoffensives pour Cheveux” (“Safe Hair Dye Company of France” or literally “French Society of Inoffensive  Hair Dyes”). Later the long name was shortened to L’Oréal, but the company’s guiding principles remained the same: research and innovation for beauty.

Back in 1920 the company was still quite small and it had only three chemists working full time to develop products. Three decades later the number grew to 100 and today there are nearly 2,000 chemists in the company. In time L’Oreal branched out into many other cosmetic, cleansing and beauty products: today it offers more than 500 brands and thousands of individual products. 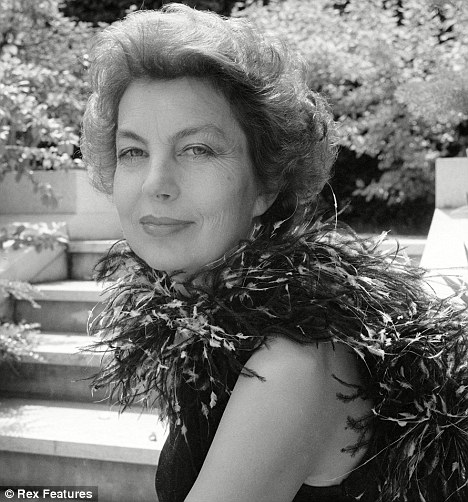 Eugene Schueller’s  wife passed away in 1927, when little Liliane was only 5 years old. The two formed a very strong father-daughter relationship and Eugene never remarried. When Liliane was 15 she decided to join her father’s company, where she worked as an apprentice, labeling bottles of shampoo and mixing cosmetics. After her father died in 1957, Liliane Bettencourt, as an only child, inherited all her father’s fortune, including his  company. She became the main stockholder of L’Oréal, which she still is today, owning 31% of the company’s shares.

As mentioned before, Ms Bettencourt never really enjoyed much attention from the media, so there are not very many things that we know about her. However, when it comes to guilty secrets, journalists always find a way to reveal them to the public. One such spicy information is about Liliane’s father and her husband, André Bettencourt, who both had some connections with the Nazis, back in the World War II era. André founded the “Mouvement Social Révolutionnaire” , or MSR (Revolutionary Social Movement), which was opposed to Judaism, capitalism, Bolshevism and Freemasonry. He was also a member of La Cagoule, a violent fascist group which Schueller (also a member) financed and supported during the 1930s.

André Bettencourt once wrote in an antisemitic French magazine: “For them [Jews] the matter is finished … their race has been sullied for eternity by the blood of the righteous. They will be cursed.” and “Denunciation [of Jews], is it a duty? Yes, if it serves the collectivity”. Much later he called this phase of his life “an error of youth”. In an interesting turn of fate, his only daughter, Françoise, later married the grandson of a rabbi killed in Auschwitz and even though she had been raised as a good Christian, she chose to follow her husband’s religious beliefs and raise her children as Jews. 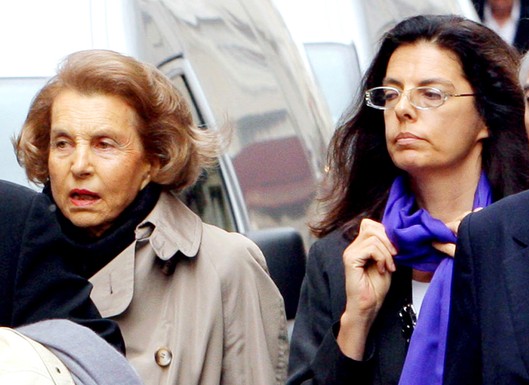 Other juicy stories regarding Liliane Bettencourt and her family emerged in 2007, when “L’affaire Bettencourt” hit the media. The protagonists of the drama were Liliane herself, her daughter Françoise, and a famous celebrity photographer, François-Marie Banier. The latter met the rich heiress in 1987, when he photographed her for “Egoiste”, a French magazine. After that, the two grew very fond of each other and became good friends. However, the one who benefitted most from this friendship was Banier, who received countless gifts from Liliane, estimated to be worth around €1.3 million: two life insurance policies (one worth €253 million and another one worth €262 million), works of art worth over €20 million, cash and much more. Finally, Ms Bettencourt ended up making the man the “sole heir” of her wealth.

At this point, her daughter Françoise took action. Only a month after her father’s death in November 2007, she lodged a criminal complaint against Banier in which she accused the photograph of “abus de faiblesse”, which basically means exploitation of psychological weakness for personal gain. In other words, Françoise believed that her mother was being manipulated into pouring money and gifts in Banier’s pockets. This soon led to a serious deterioration in Françoise’s relationship with her mother.

To top it all off, the heiress’ former butler – who seemed to share the same concerns as her daughter – gave the police a series of tapes he had secretly recorded in Bettencourt’s house, and which suggested that she avoided paying taxes and that she was involved in some illegal political issues. The whole story culminated with a major media and political scandal in 2010. 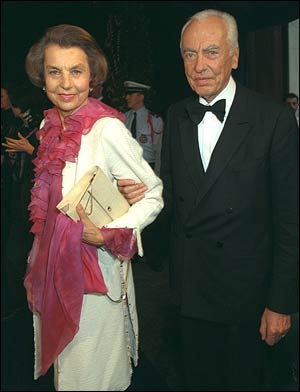 Towards the end of the year however, things cooled down and Ms Bettencourt and her daughter were able to end their feud in December 2010. It was reported that Liliane and Banier had separated and that he had been written out of her will. The now 88 years old women even declared that “He [Mr. Banier] is someone I like very much, he’s very intelligent, but he’s killing me. He’s becoming too demanding: ‘give me this, give me that’ “.

Now Liliane Bettencourt is back again in the place that she likes the most, which is far away from media scrutiny. And this is great, because it allows us all to focus on the more glorious things in her life, which involve high rankings from Forbes and millions of pounds donated to different charities. 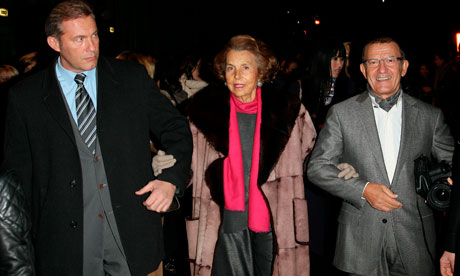