During a recent auction of Tintin-related memorabilia a new world record was set. Sold for a whopping $1.6 million, an extremely rare 1932 cover illustration of Tintin in America became (again) the most expensive piece of comic book art in the world. This very same item also set the previous world record in the same category back in 2008, when it went for $973,000.

Painted by renowned Belgian artists Herge, this is one of only five examples known to still exist around the globe. Two of them are currently part of private collections, and this one was sold to an anonymous buyer who was represented at the event by a friend.

At the auction over 700 lots were offered for sale, and approximately 85% of all items were purchased by diehard collectors. This brought the total sales to an impressive €3.3 million (about $4.1 million), other highlights of the event having been the 1968 book Flight 714 Sydney sketches which went for $100,000, and a copy of the Explorers on the Moon, which raised $42,000. The latter was also signed by Herge and three other hugely important historic figures: Neil Armstrong, Michael Collins and Buzz Aldrin. 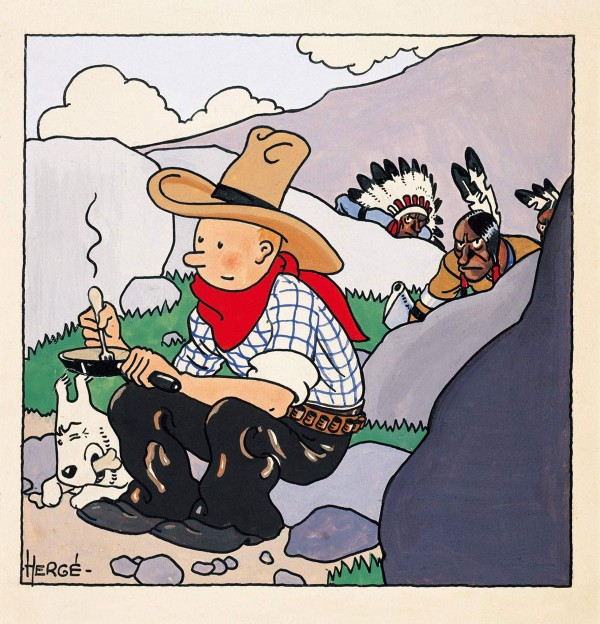