The Biggest Five Luxury Buys of the Year

We’ve been telling you every day about mind boggling prices and rare objects sold at auctions. We marveled at extreme sales and we sometimes couldn’t believe our eyes when we saw some price tags proudly hanging on different luxury items. Now it’s time to establish which were the biggest luxury sales of 2010, and prepare ourselves for many more, the next year.

Our list starts with the $330,000 white truffles  that billionaire Stanley Ho bought last month. Most of the money went for charity, but the truffles went nowhere important. They couldn’t even be eaten, as they were too mature for cooking.

The next item on our list fetched $16.7 million. We’re talking about a pair of old incense burners shaped like crane birds. They were sold at Christie’s Hong Kong to Joseph Lau. The long legs of these birds symbolize longevity in China. Now we don’t know about the kind of life Joseph Lau will have, but we sure know about the kind of money he currently has!

Prepare yourselves for another shock: a $46 million gem stone! Yes, that’s exactly how much Laurence Graff paid for an extremely rare 24.78 karat pink diamond. The gem hadn’t been on the market for 60 years, and then Sotheby’s had the honor to present it to the public once again in November. The auction house believes that the diamond was worth every cent.

Steven Cohen is the name of a man who was willing to spend $35.4 million on a painting of….a Coca Cola bottle. Signed Andy Warhol, the painting was expected to fetch between $20-$25 million, so the final price surpassed even the mot positive expectations. But that’s not the only Warhol painting sold for incredible sums. You probably remember the ‘Big Campbell’s Soup Can with Can Opener (Vegetable)’ which sold at Christie’s for $21,250,000, a little less than previously expected .

The last thing on our list is again something that we’ve already told you about. It’s Roman Abramovich’s last important purchase, the $400 million island in Petersburg. It is a former military base that Abramovich plans to turn into a new flourishing cultural and commercial center.

Of course, aside from these five incredible purchases the world has spent many more billions of dollars on different luxury items, many of which we probably won’t even hear about in our lives. But hey, that’s the lush, complicated life of the rich. 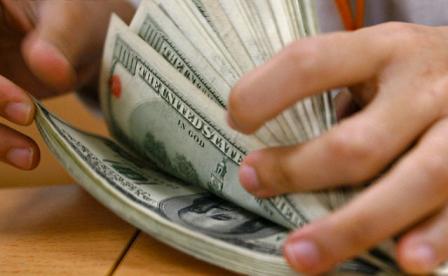