Seven Features Of The Cadillac One That Will Keep Trump Safe

Creating a presidential limousine for USA presidents is no joke, as these cars need to be the sturdiest in the world in order to ensure the safety of the leaders of the free world. Right now, that leader is Donald Trump, and even though he hasn’t yet received his own Cadillac One, a series of leaked images show that the car is well on its way and that it will definitely be an improvement when compared to its predecessor. 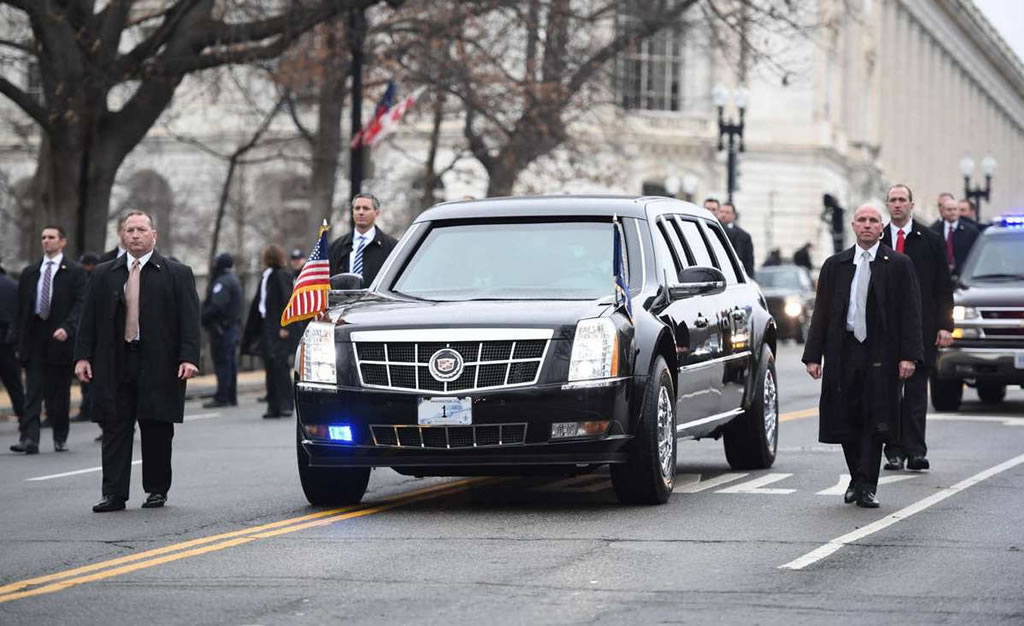 The vehicle costs $1.5 million, and as you can probably imagine, the Secret Service is keeping most of its features under wraps for obvious reasons. Still, let’s have a look at seven highlights of the Cadillac One, all of which will keep President Trump safe no matter the situation. 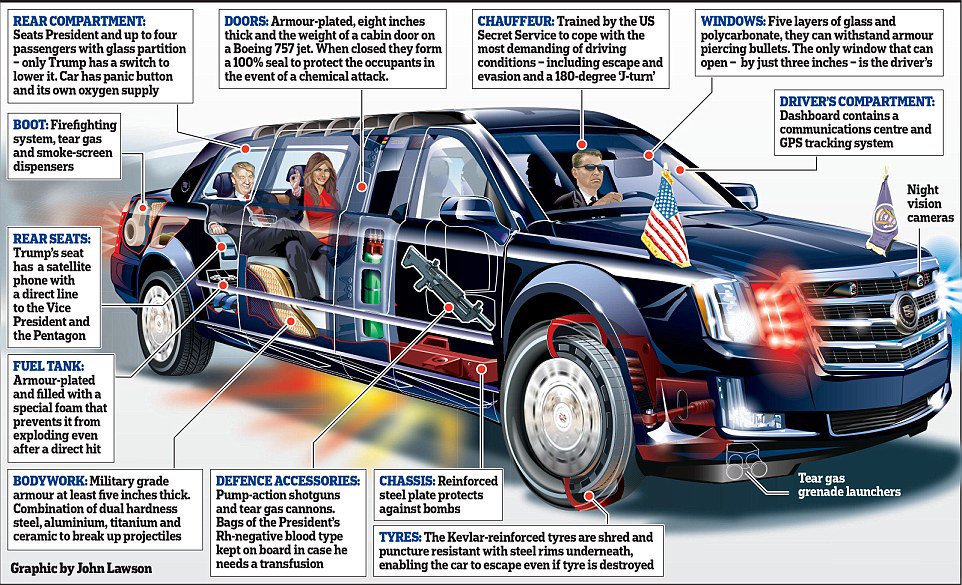 We all know how vulnerable tires can be, but the presidential limousine has a special set that can withstand quite a bit of punishment, including spike traps and bullets. Their strength is based on a series of Kevlar reinforcements, which makes them puncture and shred-resistant. Still, even if the tires get punctured somehow, they rest on bespoke steel rims that come with a run-flat mechanism. This means that the car will still be able to run at high speeds, evade danger and take the President to safety.

In the event of a critical injury, the President can be kept alive thanks to an advanced life support unit, which includes a supply of his own blood. This dramatically increases chances of survival, particularly if the injuries are of a serious nature.

No window on the Cadillac One rolls down except the one on the driver’s side, which only goes down a few inches anyway. From what we know so far, the windows are 5 to 6 inches thick, they can withstand a bomb blast, as well as armor-piercing rounds. The windscreen can also tackle armor-piercing bullets or a .44 magnum shot in close quarters.

Such an important car deserves a sturdy chassis, and the Cadillac One is actually more of a tank than a car. Its structure and chassis are almost indestructible, which means that neither a bomb nor an IED will tear it apart. The thick steel plate under the car is particularly effective against grenades, bombs, or IEDs.

Even though the car’s interior is not the most luxurious in the world, it does include some of the world’s most advanced technologies. The cabin is completely air-sealed against biological and chemical attacks, while a special automatic-lock safety system seals off the entire car in case of an emergency. The glass partition located inside can only be lowered by the President himself, and there’s also a panic button installed, as well as a satellite phone that has a direct link to the VP and the Pentagon.

Some of the limousine’s most noteworthy defensive accessories include night vision cameras that enable driving without headlights. We don’t know exactly what kind of weapons were installed in this vehicle, but sources indicate that tear-gas cannons, and pump-action shotguns could be deployed should the need arise.

The most important defensive feature of the Cadillac One is its military grade armored body and components, with the bodywork being at least 5 inches thick. The armor was created using a mix of dual-hardness steel, titanium, aluminum, and ceramic, and it is durable enough to face any known weapon. The doors are equipped with 8-inch thick armor plating, and they weigh as much as a cabin door from a Boeing 757. The space between the seams has steel overlaps that ensure protection against bullets, and the fuel tank has received its own armor plating, as well as a special foam filling that prevents explosions.