Never give too much money to the uneducated. Make sure that ignorance and bad taste are eliminated, and only then endow people with wealth. If not, terrible things could happen. Not convinced yet? Let us give you the perfect example.

Prince Jefri of Brunei is filthy rich, and he spends enormous amounts of money on things like…the Tits mega yacht. Yes, you read it well, it is called Tits. And to complete the picture, Prince Jefri named the two tenders of the vessel Nipple 1 and Nipple 2.

The yacht is large enough to accommodate his whole harem (!), as it measures 180 feet and it has several decks. Marble floors, gold furnishings, and elevators connecting the decks, these are just a few of the luxury amenities of the yacht.

Now this example might not be the perfect illustration of our point, but allow us to continue. How about a $1 million pornographic statue representing Prince Jefri himself and his former fiancé having sex? Yes, he ordered the ‘piece of art’ for his luxury property in Long Island.

Speaking of luxury properties, the prince has 600 of them, together with nine aircrafts (an Airbus included), a total of six yachts, 2,000 cars, hundreds of works of art (we don’t know how many of them are pornographic), and last but not least, gem stones-studded, pure gold thread rugs.

Now please feel free to express your opinion in the Comment section below. 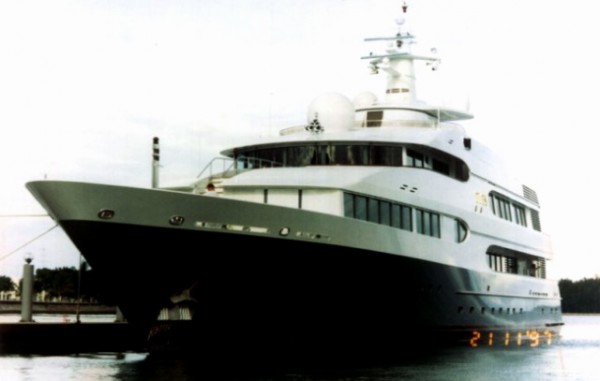 Adding a fireplace to your home’s patio space can provide warmth, light, and entertainment. A fireplace can be an excellent addition to any outdoor living area, whether you’re hoping to create a cozy atmosphere or need something to turn up the heat at your next party. Read on to learn some of the reasons why […] Throwing a luxury party can be done for a variety of reasons. You might be throwing the party to become closer with coworkers or reunite with old friends. Regardless of the reason that the event is being held, you are going to need to manage the details of the event proactively. If you have thrown […]