People are usually willing to spend enormous amounts of money on expensive wines. But it’s not only the end product that can be very costly. Wines are made of grapes and some of them are also prohibitively expensive. Grown in Japan, a bunch of Ruby Roman grapes sold on Friday for a staggering $6,400. The auction had 30 participants bidding for the bunch, but the winning bid came from a local upscale pastry shop in Ishikawa Prefecture.

This year’s highest bid for the grapes was 150 percent higher than last year, but Toshio Shimizu from the Ishikawa chapter of the Japan Agricultural Cooperative said that the quality of the crop hasn’t changed that much since 2010: “it’s just as sweet and juicy”. Each grape weighs 20 grams (0.70 oz) and costs $255 apiece! That’s approximately the size of a ping-pong ball, making it very difficult to have one grape in a ingle bite. 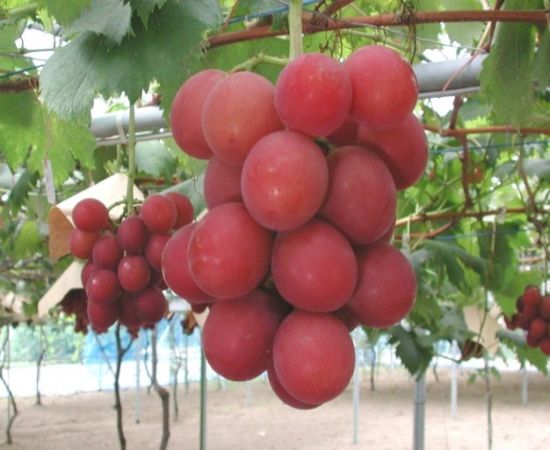