We all know that Dubai is the home of the world’s most luxurious and expensive hotels, but few are able to stand toe-to-toe with the outstanding Atlantis The Palm resort, which can be found on Dubai’s famous Palm Island. This outstanding establishment includes the famous Aquaventure Waterpark as well as two underwater luxury suites named Neptune and Poseidon.

Dubai’s Ambassador Lagoon is home to about 65,000 species of sea dwellers, and it can be admired in its entire splendor through the suites’ large floor-to-ceiling windows. Flaunting middle-eastern décor elements and a romantic atmosphere throughout, both suites stand ready to surpass all expectations in terms of comfort and luxury. Those who are inspired enough to spend some nights within these suites also benefit from complimentary breakfast, afternoon tea and delicious evening cocktails, not to mention access to the resort’s Lost Chambers, Doplphin Bay and Aquaventure attractions and Imperial Club.

Apart from the suites, the Aquaventure Waterpark is undoubtedly one of the main highlights. It allows visitors to swim with dolphins and with other sea creatures, and it even boasts a maze called The Lost Chambers, which features underwater tunnels and halls.

Those who wish to burn a few calories or enjoy professional spa treatments during their stay can do so at the ShuiQi Spa and Fitness, which can be found within the Royal Towers of Atlantis. The 21 restaurants, bars and clubs also deserve a mention, especially since they include 4 award-winning establishments called Nobu, Seafire Steakhouse, Ronda Locatelli and Ossiano. 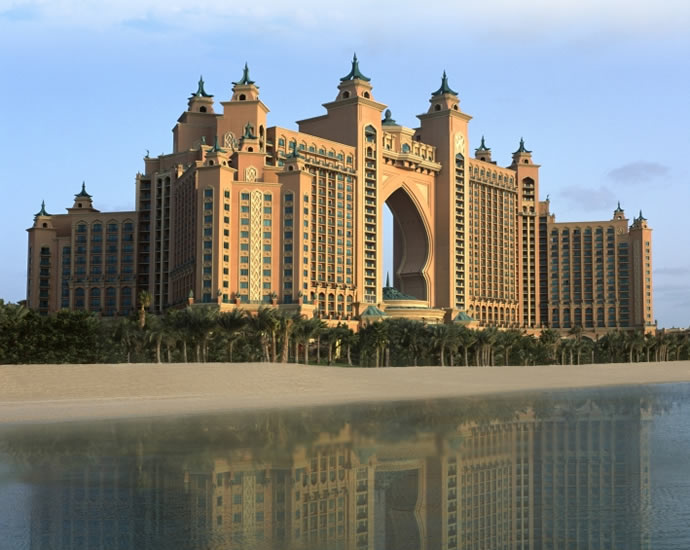 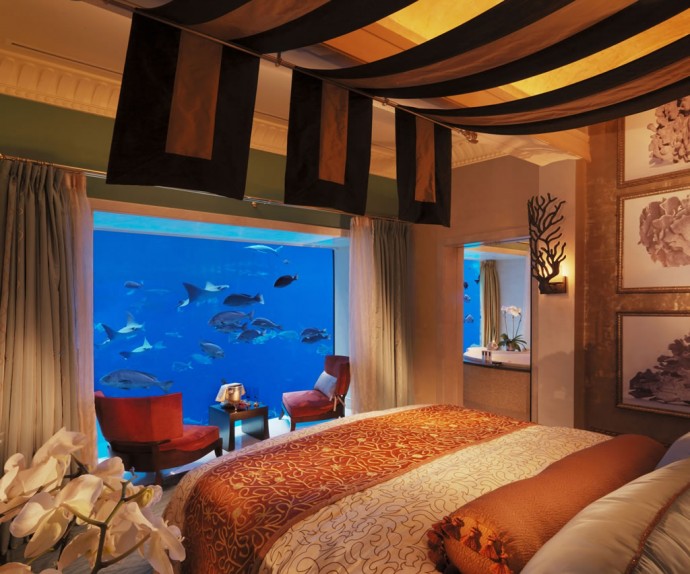 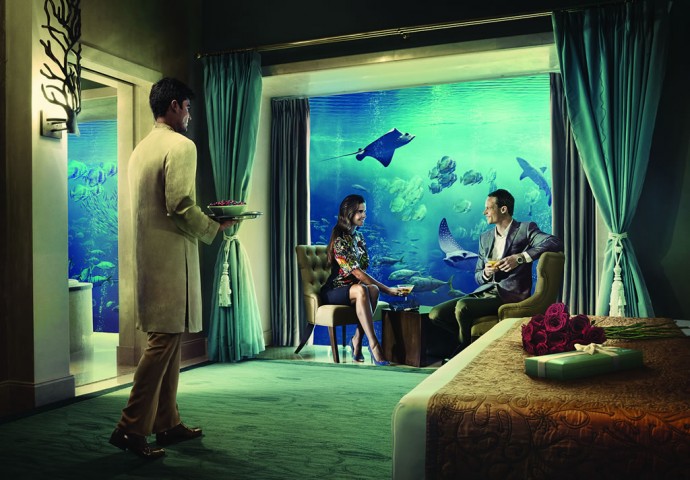 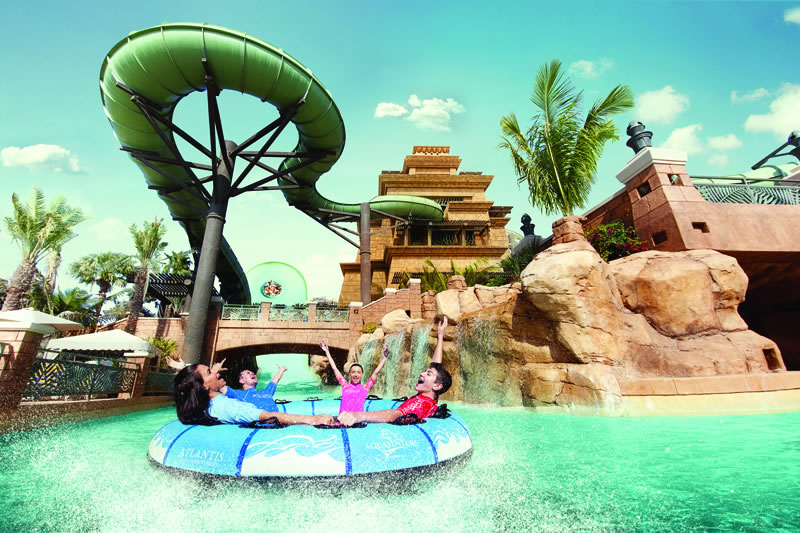 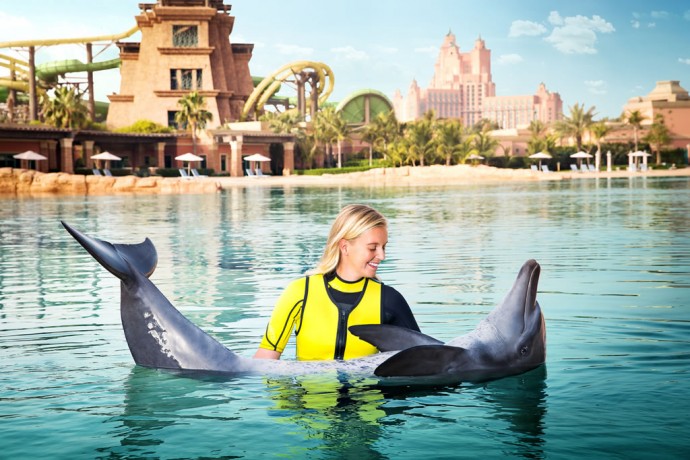