The harp is one of the world’s oldest musical instruments, as it dates all the way back to 3500 BC. It became particularly popular during the Renaissance and Middle Ages in Europe, and it is still appreciated for its unique sound and elegant appearance. One of the world’s most expensive and luxurious harps was created by Lyon and Healy, and it is named Louis XV Special Concert Grand Harp. 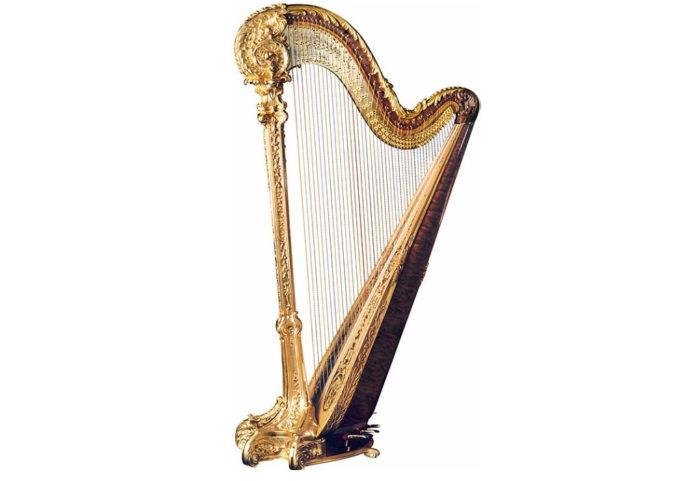 It is clad in luxurious 23+-karat gold leaf, and it flaunts a rococo style design with details such as flowers, leaves, shell-like shapes and scrolled feet. The neck and kneeblock impress with complex carving along the soundboard edges, while a miniature etching of a Lyon & Healy concert grand action plate adorns the inside of the soundboard.

The harp costs $189,000, which definitely seems fair, all things considered.