When your family is marked by celebrity like Kim and Kanye’s is, protection is mandatory at every step. Aside from a team of professionally trained bodyguards, the couple also felt the need for new, bullet and bomb-proof vehicles to transport them around in total safety.

Consequently, Kanye West placed orders for two amazing cars, one for himself and another one for his wife and two-month daughter North West. While his is a £250,000 (about $390,000) Chevrolet Kodiak inspired by President Obama’s own armored vehicle, Kim Kardashian’s ride is much more expensive, priced at £800,000 ($1.24 million)!

The reality show star’s car is a military-grade armored SUV by DartzMotorz Company. It is a customized version of the Latvian company’s Prombron Iron Diamond model, meant to keep Kim and North perfectly safe from attacks and kidnap attempts. Nori’s parents are very aware of how their fame and wealth can attract villains and they are not willing to take any chances.

The rapper was reportedly encouraged to buy the cars by his friend Jay Z, who also upgraded his family’s security systems after the birth of his daughter Blue Ivy. Kanye has even thought about hiring doubles for him and his wife and have them carry a doll with them to avoid risky situations. 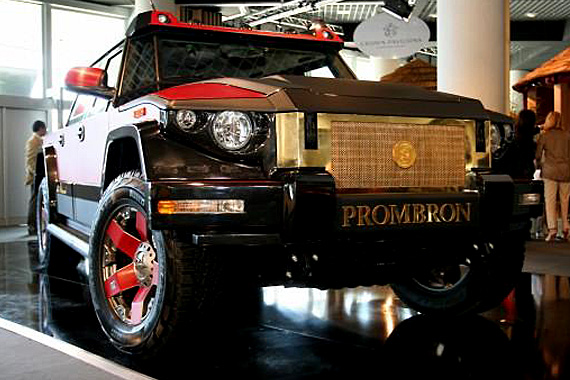 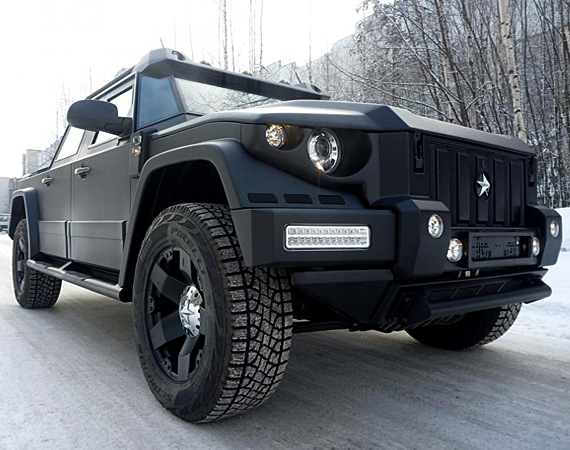