Gucci – A Luxury Brand With A Complicated History

In 1897 a young Italian immigrant arrived to London at only 16 years of age. Here he started making a living washing dishes, but the opportunity of his life came – maybe even without him realizing it – when he got a job at Hotel Savoy. Guccio Gucci, the son of an Italian craftsman, became fascinated by the world he had entered. He was especially interested in the trunks he was carrying at Savoy: the leather, the craftsmanship, the hardware and the closing systems.

In 1902, at 21 years of age, Guccio retuned home to Florence, where he got a job at a leather goods shop in Franzi. In 1906, the young man was ready to open his own leather shop and get married to Aida, the mother of his four boys: Aldo, Vasco, Ugo and Rodolfo. The first Gucci store was opened in 1921, selling leather goods, especially equestrian accessories like shoes, gloves, bags and more.

Even though he started his business inspired by London and the British aristocracy, Gucci wanted his products to reflect  the unique Italian style. He was especially interested in the tradition and expertise of Tuscan craftsmen. Then, as people began replacing their horse-drawn carriages with horsepower-driven vehicles, Guccio realized it was time to make a change: he started producing luxury bags and trunks. The next decades however were  very difficult. The ‘30s came with the Great Depression, followed by World War II and all its consequences.

The years that followed after the war were very challenging, but Gucci’s family business managed to prosper thanks to its founder’s innovative spirit. As several states decided to embargo Italy, Gucci found himself forced to come up with good alternatives to natural leather. He thus started using linen, hemp and jute. The signature bamboo handles on today’s most coveted Gucci handbags were another idea born out of necessity.

During the war, the Rome store was moved from its original address on Via del Parione to the very exclusivist Via Condotti (where the Bvlgari empire also began) and in the second half of the 1940s the company returned to leather goods production. The 1950s reflected Gucci’s expansion dreams. Adaptability was what transformed the small family business into a luxury conglomerate. Today Gucci is the best selling Italian brand, with almost 300 stores around the world and an annual revenue of $3.6 billion (in 2010). The Gucci Group includes brands like Yves Saint Laurent, Sergio Rossi, Bottega Veneta, Bedat & Co,. Boucheron, Stella McCartney, Balenciaga and Alexander McQueen.

From Savoy to Savoy

Helped by his sons, Guccio finally opened the company’s first store in Milan, on Via Montenapoleone, with Rodolfo as its manager. Aldo, the oldest Gucci brother, became a pioneer of Italian design in America in 1953, when he opened the first Gucci store in the States, at the Savoy Plaza, New York. Only 15 days after the inauguration, Guccio died at age 72. His sons officially took over his business.

The following decade was one of the most successful in the company’s history. Celebrities like Jackie Kennedy Onassis, Liz Taylor, Peter Sellers and Samuel Becket were devoted clients of the Italian fashion house, and they were often photographed wearing a Gucci item. However, the Gucci brothers had been having quarrels even before their father’s death. Aldo had unofficially assumed the role of the leader, winning his father’s favor with the success that he had in expanding the company. He continued to hold this position even after his father’s demise and he eventually managed to expand the $6,000 business that he and his brothers had inherited into a real empire, with stores on three continents: Europe, North America and Asia.

Aldo’s business talent didn’t also protect him from scandal. His name was involved in a tax evasion scheme worth €7 million. This was the perfect opportunity for Maurizio (Rodolfo’s son) to push his uncle aside and take his place as the company’s leader. In 1986, at 81 years of age, Aldo was sent to prison. Maurizio however was not exactly close to his family. He had fought with his father for having married Patrizia Reggiani, whom Rodolfo didn’t like.

Disputes had passed from one generation to another – Guccio’s grandchildren were fighting amongst themselves – and most council meetings would end with ashtrays being thrown by family members at each other. Ironically, all these fights helped the brand become even more famous.

Maurizio was a delightful man, who loved his family’s business, but who had no talent as a businessman. The only good move that he made while leading the company was when he convinced Dawn Mello (considered an American retail guru, after she reinvented the Bergdorf Goodman group), to become Gucci’s executive vice president and creative director. She soon brought Tom Ford in the group’s designers team.

In 1993, Maurizio was replaced by Domenico de Sole, the lawyer who had helped him take over his father’s inheritance and push Aldo aside. For the first time since its establishment, the company was no longer led by a member of the Gucci family. In 1995 Maurizio was assassinated and his ex-wife Patrizia was convicted for paying the assassins. Mello also left, shortly after Maurizio’s departure, but a new great team was formed: Ford – De Sole. Under the leadership of these two men, the brand reached the apogee of its fame. This drew LVMH’s (the largest luxury conglomerate in the world) attention, which wanted to “swallow” Gucci in 1999. De Sole however managed to avoid this with help from PPR, which bought a majority stake in the company.

Ironically, Tom Ford and Domenico de Sole left the company in 2004, because of some differences they had with the new directors brought in by PPR. The last Gucci collection presented under the signature of the two was one of the best ever for the fashion house. A group of young designers took Ford’s place, among which was Frida Giannini, who up until then had been supervising the accessory lines. She became creative director in 2005, and she still keeps the position today.

Today, the Gucci name can be seen on a large variety of products: clothes, footwear, bags, timepieces, jewels, scarves, ties and other accessories like sunglasses, belts and gloves. Many of the products that bear the “GG” logo have taken their names from the celebrities that made them famous, like the Jackie O. handbag. Princess Grace de Monaco even asked Gucci to create a special scarf pattern for her.

The rapid expansion of the group and the decision to enter the Asian market – currently the most dynamic luxury market in the world – ensured the company a smooth road to becoming a giant. Between 1961 and 1974, the group opened stores in London, Palm Beach, Paris, Beverly Hills Tokyo and Hong Kong. In 1975 the brand released its first fragrance and in 1981 the first Gucci fashion show was held. This year (2011), the brand celebrated its 90th anniversary by launching the “1921” collection (the year in which Guccio Gucci opened his first store). The collection included several classic models, like the Jackie O. handbag and the Bamboo handbag, but with modern touches, using new materials, colors and textures. 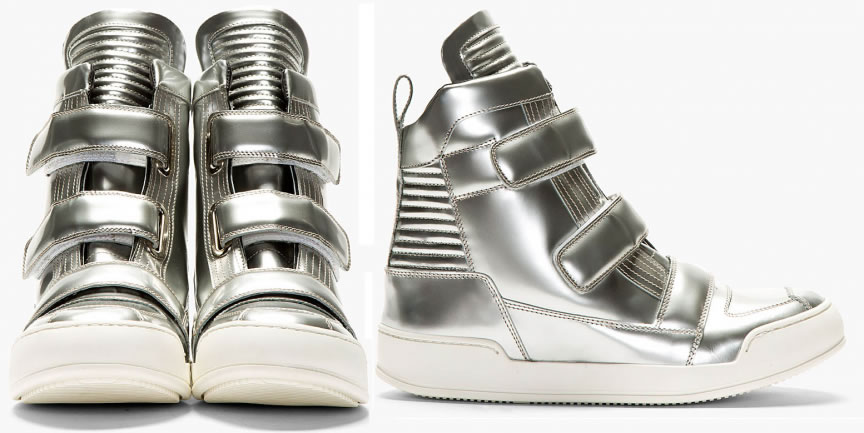 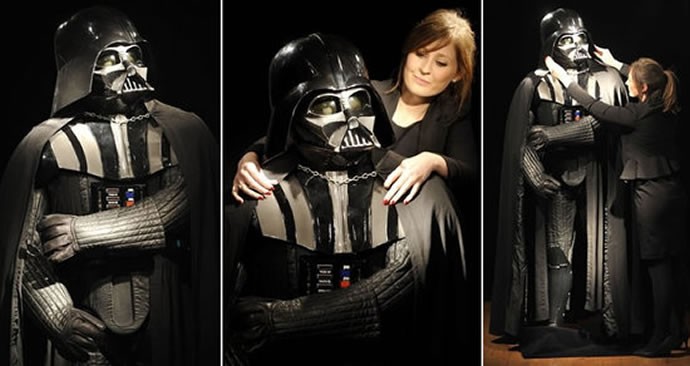 Even though plenty of Star Wars fans had bad things to say about “Revenge of the Sith”, it still did a great job in showing us how Darth Vader came to be. Now, with “The Force Awakens” on the horizon, numerous fans are waiting for the film’s December release with bated breath, and as a […]