The 2014 edition of the Los Angeles Motor Show hosted the unveiling of a car that’s been on the minds of automobile enthusiasts for almost a year now. The luxurious Mercedes-Maybach S600 is finally here, and it is set to impress. As you may or may not know, this isn’t actually a brand new vehicle but a longer version of the S-Class. Still, this does not mean that it lacks personality or originality. 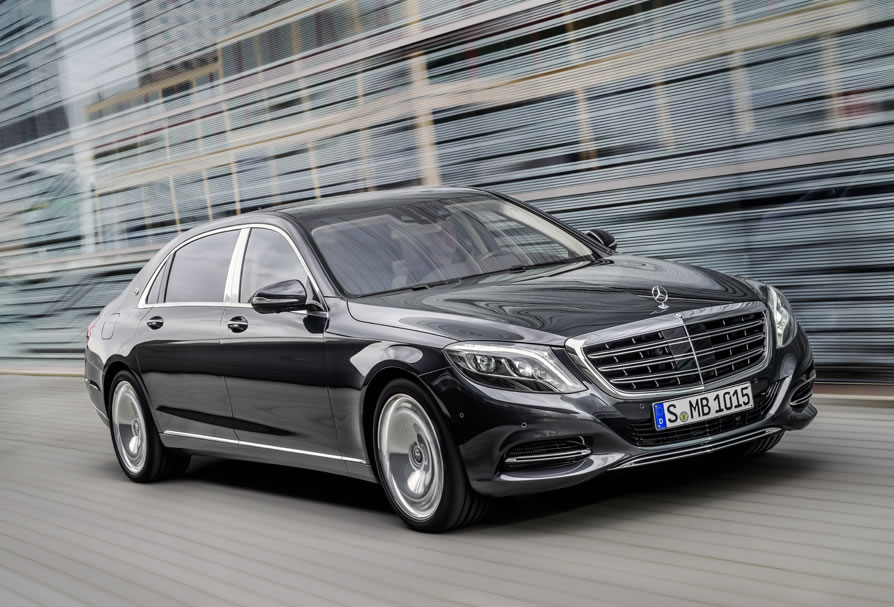 It marks a promising beginning for the Mercedes-Maybach brand, and it was designed to take on giants such as the Rolls-Royce Ghost and Bentley Flying Spur. Boasting a length of 5453mm, the Mercedes-Maybach S600 is 207mm longer when compared to the regular S-Class. Inside, we find a level of opulence that’s hard to match. State-of-the-art technologies, plush seats, high-end fabrics and elegant finishes contribute to an atmosphere of sophistication and fine taste. 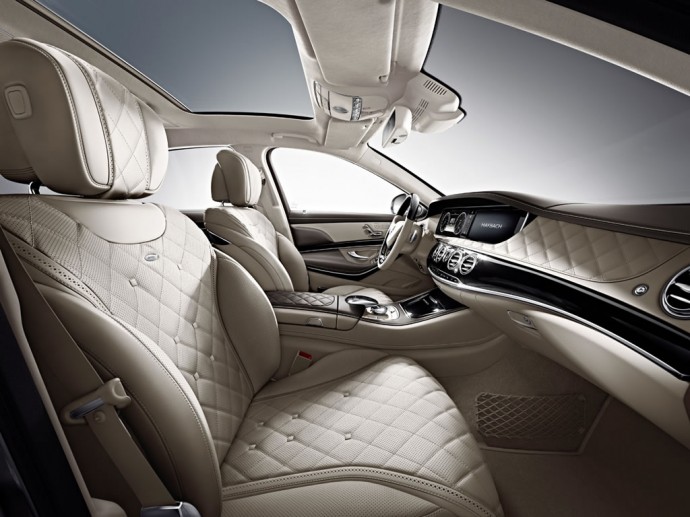 In addition to the surreal comforts that can be enjoyed by the driver and passengers, Mercedes also implemented voice-amplification technology that allows rear passengers to carry a conversation with the front occupants without any effort. As a matter of fact, the Mercedes-Maybach S600 is rumored to be the most silent car in the world when it comes to wind and road noise.

Highlights include a Burmester audio system, dual-zone rear-seat climate control, an analog dashboard clock by IWC and Robbe & Berking champagne flutes made out of silver. The vehicle is powered by a 6.0-litre V12 engine that’s good for 612 lb ft of torque and 523 horsepower, all of which are kept in line by a seven-speed automatic gearbox. The car’s top speed is limited to 155mph, and it is able to perform a 0-60mph dash in 5 seconds. No official word on the price just yet, but we do know that sales are expected to start in February 2015. 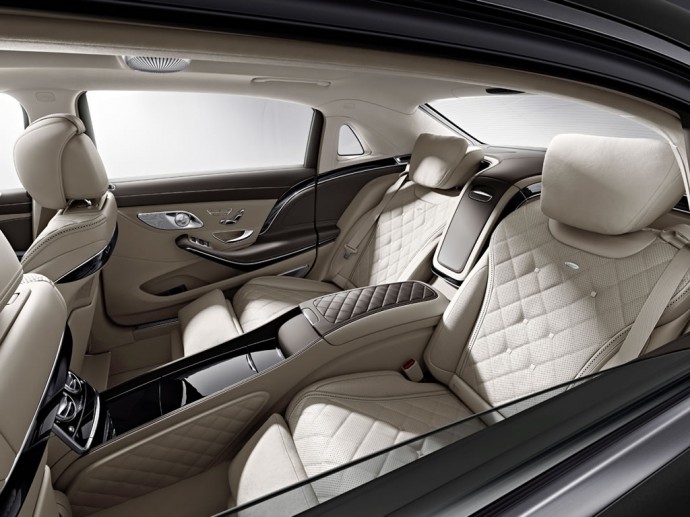 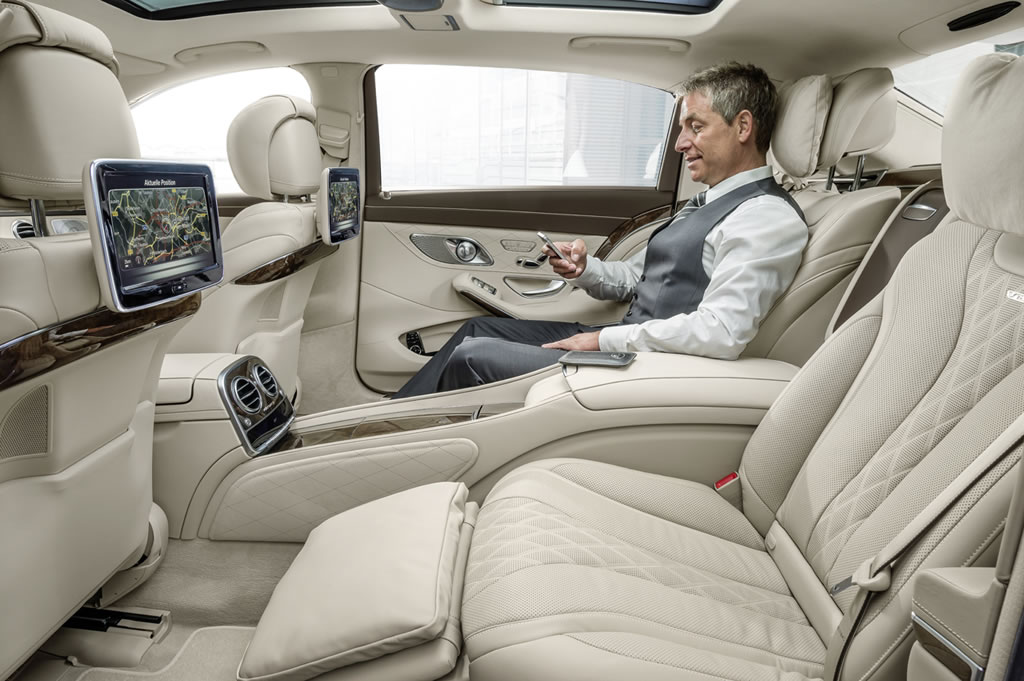