Chinese Magnate to Build an Eco-Friendly Resort in Iceland

Huang Nubo is a Chinese businessman who is set on bringing more eco tourists to Iceland. Also the chairman of the Zhongkun investment group, Nubo offered Iceland a billion krona (approx. $8.8 million) in exchange for the Grimsstadir a Fjollum region, which covers 300 square kilometers (155 square miles) of land. Nubo’s reason for buying this territory is to build an eco resort there, but even though the country could really use foreign investments like this, there are many critics who do not want to see the land sold.

The reason? Well, these people fear that the purchase could become a strategic foothold for China, who could actually have an agenda. The long term implications of the sale are not clear yet, but they could include giving China future access to deep sea ports in the area. Interior Minister Ogmundur Jonasson said “We face the fact that a foreign tycoon wants to buy 300sq km of Icelandic land. This has to be discussed and not swallowed without chewing”.

Icelandic officials however are pleased with Nubo’s intentions (he also plans to invest an additional 20 billion krona in the resort) and so the Chinese businessman has applied for an exemption from the laws that do not permit non-EU nationals to buy land in the country.

Iceland’s Minister for Industry, Katrin Juliusdottir assured the concerned people in the country that there was “no reason to get hysterical just because one Chinese man wants to buy some land and invest in tourism in Iceland”. She then continued by noting that “Foreigners already own quite a bit of land here and I don’t think there is anything to fear from that”. 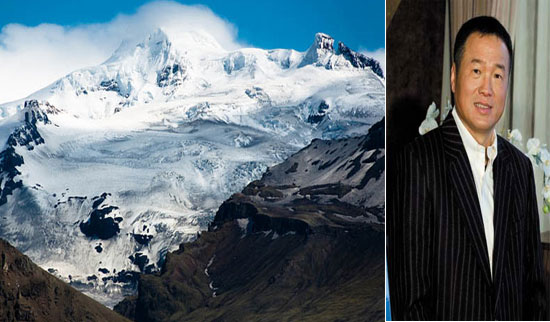