Sadly, ‘best paid players’ does not necessarily mean ‘best players’ as well. But we are not here to badmouth NBA people; we’re here to give you names and numbers.

The highest paid basketball player is Kobe Bryant, with a salary of $24.8 million. Not only that he will be the best paid player of this season, but because he signed a three-year extension in April with the Lakers for $83.5 million, he will also earn the most during the 2013-2014 season.

Following Bryant is Rashard Lewis of Orlando Magic, who will get $20.5 million this season. Thanks to a $118 million deal that he signed in 2007 for six years, his life will be really good for at least a few more years, financially speaking.

Next come Garnett and Tim Duncan who will get $18.8 million and $18.7 million respectively. No. 5 is Michael Redd with $18.3, followed by Andrei Kirilenko. The name to close the top 10 best paid NBA players is Zach Randolph. Now the ball is in their court and it is their turn to show if they really are worth all this money. 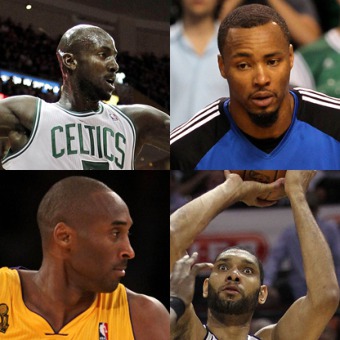