First things first: elucidating the mystery of the stones.

Swarovski crystals’ history is really interesting and even glamorous – we are after all talking about brilliant stones here – but before getting into that, we believe it is necessary to first clear up something: what are crystals? Yes, many of you probably already know the answer to this question, but we bet that there are many others who are awed by the beauty of this special glass (there’s a hint) without having an idea what it really is.

Read also : Swarovski – A History of Passion and Success

Glass is made of silica (sand), burnt lime stone and soda (chemically combined sodium and not a refreshment, of course). All these, if melt together at extremely high temperatures, will form glass – the so common material that surrounds us everywhere today.

But if you add one more thing to the composition – lead – the result is substantially different. Only small amounts of lead can turn what should have been normal glass into a similarly looking material only much stronger and resistant. Another main characteristic of this “special glass” is its high refractivity. All these mean that the lead glass can be cut and faceted just like any gemstone and it has a fascinating glare.

Needless to say, the Swarovski company has its own secret recipe for their world-famous crystals, but what makes them so special is not the combination of ingredients but the superior cutting and polishing methods that they use.

So how did it all begin? 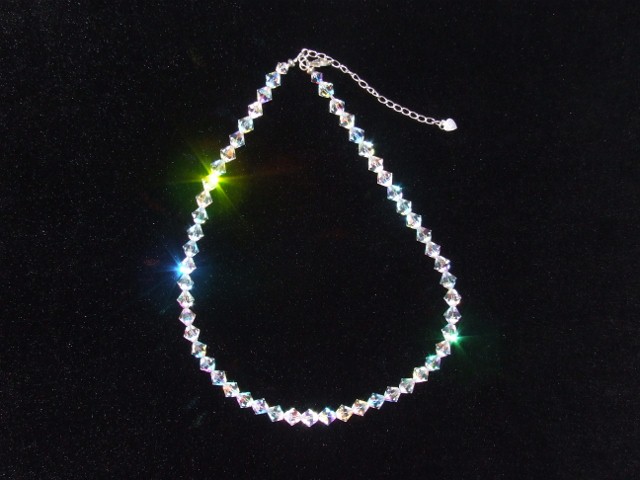 The story starts with Daniel Swarovski, or better yet with his father, who owned a small glass-cutting factory. Here was where little Daniel began his apprenticeship in cutting glass. He was fascinated with the job and in 1892, at age 30 he was ready to obtain a patent for an electric cutting machine that he had made. Three years later he, his brother-in-law Franz Weis and Armand Kosmann were founding their crystal company under the name of A. Kosmann, Daniel Swarovski & Co. The name was later shortened to K.S. & Co., and then it became the Swarovski company that we know today. After this step, surprisingly as it may sound, it took the company almost another 20 years to actually build their own cutting plant in Wattens (Austria). They chose this specific place because of the local hydroelectricity which was very much needed in the grinding process. The reason for which the factory was built only in 1913 was that Swarovski wanted to perfect his cutting machines and polishing methods before making such a big investment. And with the help of his three sons, all devoted to the glass cutting art, he finally reached his goal: to create the finest crystals and flawlessly cut jewelry stones. This was the essence of Swarovski’s work and it remained the same. The main purpose is to develop more and more advanced methods of creating pieces of crystal art. Swarovski was the first crystal beads producer to use a machine for cutting the stones, thus leaving behind the hand-cutting method. This brought not only time efficiency to the company, but it also reduced the risks of work accidents in the factory, as hand cutting crystals is a dangerous job. As a result of this development, not only that production numbers grew, but now Swarovski was able to create great amounts of identically shaped beads, which was not possible before, when workers used only their hands to shape the material. Soon the Swarovski crystals became one of the most famous stones in the world and orders began to grow substantially.

As time passed, the Swarovski product line became more varied and the company became the Swarovski Group, which holds many subsidiaries. Tyrolit for example is the name of the abrasive and cutting tools manufacturer established in 1919 by Daniel Swarovski, Swareflex produces luminous and reflective road safety products, and Swarovski Optik creates very precise, elegant and frills-free optical instruments like riffle scopes, binoculars or telescopes. The list of products is quite impressive, as it includes sculptures, miniatures, figurines and collectibles (it may be interesting for you to know that the first figurine ever made was a stylized mouse), chandeliers, home decor, couture and of course jewelry. We mentioned couture. Well, here is another area where Swarovski proved himself innovative and indispensable. In the 1920s he conquered the fashion world by introducing a piece of fabric on which small precious crystal beads had been sewn. The invention got patented and soon after that famous fashion designers like Schiaparelli and Chanel started to use it abundantly. In 1999 however, another adorning method was introduced. They called it “crystal tattoos”, and this time no fabric was necessary. Among other Swarovski precious inventions there are the Swarovski Sedar Curtains, which are usually made for palaces, government officials and very rich people’s mansions. Then there are the “Active crystals” which were developed in collaboration with Philips. These are USB memory keys, Bluetooth wireless earpieces and in-ear headphones decorated with small Swarovski stones. And the list may continue. 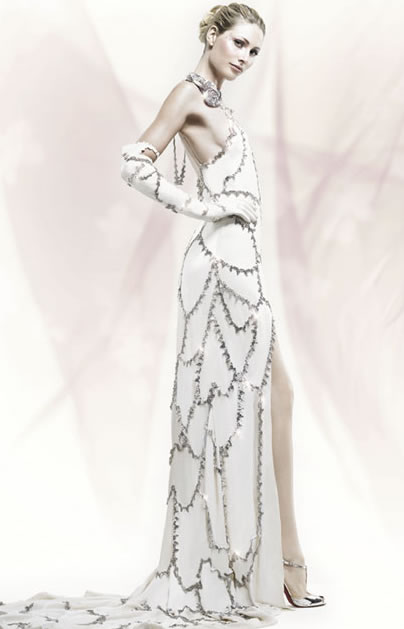 You might have noticed the special glare that these stones have. Well you should know that they don’t come like that from the “oven”. In order to obtain a rainbow spectrum of refracted light, the cut stones need to be coated in a special metallic chemical. The most famous of these substance is the Aurora Borealis, which was a brilliant invention of the 1950s. other such coating substances are the Dorado, the Aurum, the Crystal Transmission and the Volcano. The stones can get two layers of coating and when they do, they are called Dorado 2X, Aurum 2X etc.

More than a century of tradition

The Swarovski name never stopped being famous. It is true that after the Great Depression and then the Second World War people did not feel like spending money on jewelry and crystals were not the first thing on ordinary people’s minds. But the company recovered soon from this period of illness and it continued to spread beauty and glare around the world.

On its 100th anniversary, the Swarovski company opened their amazing indoor theme park. The theme? Well crystals, of course! The Swarovski Kristallwelten (which means Crystal Worlds) is situated in Wattens, near Innsbruck. It is a wonderful place, decorated with crystal creations, beautiful waterworks, labyrinths and enchanting light effects. A place definitely worth visiting! Especially while wearing your precious Swarovski watch – just to match the scenery.