Why do men need testosterone? Because it’s the hormone that makes a man a man. That’s the simple answer. It’s the male sex hormone. The designer beard, custom stubble, and gravel in the voice, testosterone puts them all there. However, the simple answer is not the only answer. The hormone has a role to play in many biological functions.

Obviously, these changes are going on behind the scenes, so to speak. You can’t see what’s going on but you can see and feel the results. Testosterone supports and maintains a number of important male functions.

One of the biggest ways low testosterone can affect a man is by putting a major dent in his sex life. It’s not good, but that’s the hard truth. When testosterone levels are on the wane, those days of easy erections and waking up to “morning wood” can become a thing of the past. Although it’s not the only cause of erectile dysfunction (ED), lack of testosterone is one of them. Apart from messing with the toolbox and making the job more of a challenge than a pleasure, low testosterone can also reduce the desire to have sex in the first place.

The impact low testosterone can have on the male virility often goes hand-in-hand with fertility issues as well. Though, when ED rears its ugly head, a man’s sperm count is likely to be the last thing on his mind. However, such problems generally sneak up on men gradually. If they suddenly appear out of the blue, there could be other health issues involved. 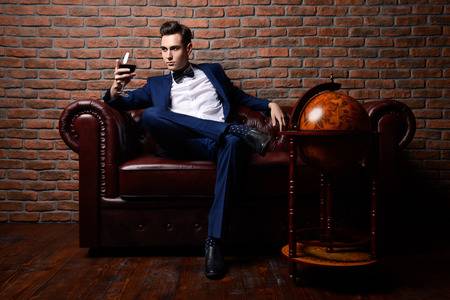 Low testosterone levels can also spark some physical changes in a man’s body. Apart from being an androgenic hormone, the big “T” is also an anabolic steroid that’s necessary for healthy bone density and muscle growth. When levels are low men who workout find it hard to make their muscles grow. They may also find it increasingly hard to hang onto the muscle mass they’ve already got. In fact, all men with low testosterone levels become prone to muscle loss. That’s not just bad news for “big guys” who’ve worked hard to build their physiques. Men who don’t have much muscle to begin with are unlikely to relish the thought of becoming less muscular still.

Unfortunately, losing muscle is only half the story. Low testosterone can interfere with body composition in another way. The hormone also has a role to play in the fat burning process so less testosterone can mean more fat.

Do you want to know another reason why men need testosterone? It stops their hair from behaving badly. Okay, that may be somewhat of an exaggeration, but it sounded good and it’s more or less true. However, that old myth that high testosterone makes men bald has been largely debunked. It was probably started by bald men who wanted to appear more virile anyway. So, low testosterone is unlikely to help men save any money in barber’s fees. That’s the good news. The bad news is lack of the hormone can lead to a spurt of growth in nose and ear hair.

So you’ve got smaller muscles, a bigger belly, the makings of a good jungle in your ears, and your sex life has gone down the pan. Is there anything more low testosterone can do to you. Unfortunately, the answer is yes.

When testosterone is low, energy levels follow suit. The bones may also become weaker due to a decrease in density. On top of this, lack of the hormone can also interfere with sleep. That’s not exactly ideal when reductions in energy have probably resulted in an increased need for shut-eye.

Lack of the male sex hormone can also have a negative effect on the mood and interfere with emotional well-being. With all the other problems he’s been hit with due to lack of testosterone, the average man has every right to feel blue. However, the changes to the mood are actually the result of chemical and hormonal issues in the brain. These changes can also interfere with memory and concentration and cause irritability.

Low testosterone can lead to many other issues as well, but if there’s a take-home point here it’s a simple one. Men need testosterone for lots of reasons.

There are many things men can do the try and elevate their testosterone levels. Certain foods boost testosterone production. There are also some very good testosterone boosting supplements available. Testosterone replacement therapy is also a route some men decide to take. The thing to know is, there is light at the end of the tunnel and, in this instance, it’s not an oncoming train. However, if you have problems you feel may be related to reduced testosterone, the best thing to do is discuss your concerns with a doctor. Many diseases and medical conditions share similar symptoms. Before you can decide on the right treatment you need to know exactly what the problems is and a doctor is the best person to decide.