Passionate art collectors are always willing to pay humongous sums of money for a piece of art that they really want. This top is about the ten most expensive paintings that were ever sold at important auctions or in private sales. Whether created by famous artists or by less known painters, these ten paintings have made their owners extremely happy and proud. 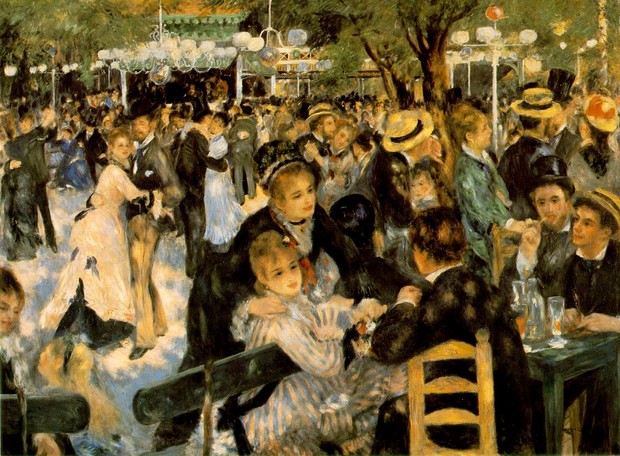 The painting is commonly known as Dance at le Moulin de la Galette and it depicts a Sunday afternoon in Paris, at Moulin de la Galette, where the working class would usually come at the end of the week to dance, eat and enjoy themselves. A smaller version of the painting was sold in 1990 for $78 million at a Sotheby’s auction in New York. Today it is believed to be in the hands of a Swiss collector, but his or her identity has not been officially disclosed. 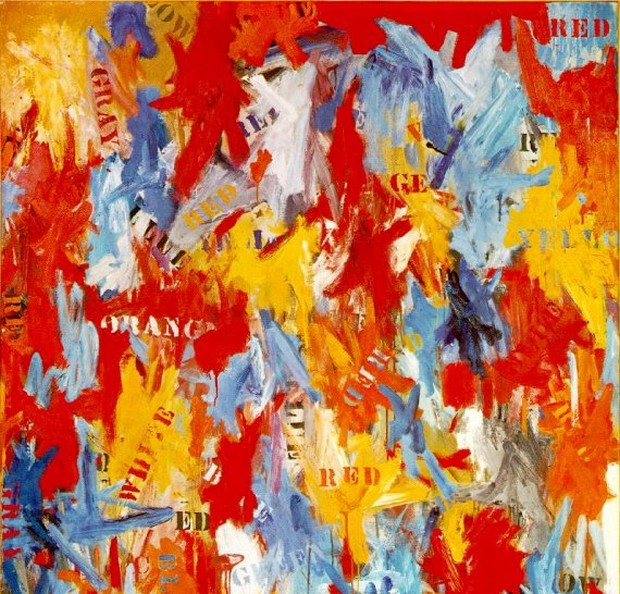 When False Start was sold in 2006 for $80 million, it became the most expensive painting by a living artist. Its buyers were private collectors Anne and Kenneth Griffin. Johns’ work is considered to be an expression of Neo-Dadaism, even though many of his creations can be found in different compilations of pop art. This particular painting (1959) impresses with its burst of colors and the fact that it uses actual words to name the colors used in the painting. Johns likes to play with opposites, paradoxes and contradictions, like the words in this painting show: they are painted with different colors than their actual meaning. 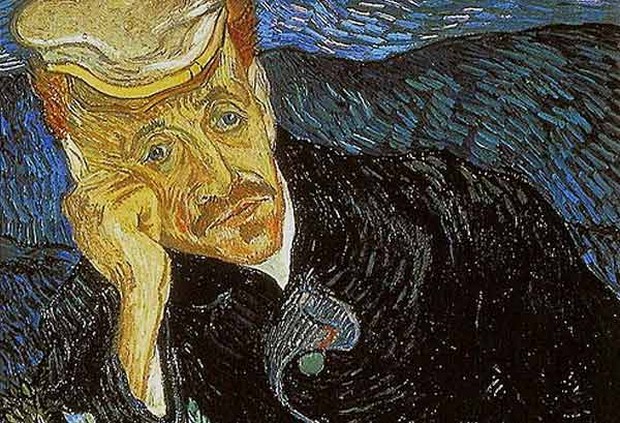 Van Gogh is one on the most famous artists of all times.One of his precious creations, Portrait of Dr. Gachet, reflected his fame by selling for $82.5 million back in 1990. His buyer was a Japanese businessman named Ryoei Saito. After Saito’s success went down, he received a three-year sentence for bribery. In this difficult period of his life, the businessman declared that he wanted his Picasso cremated and buried with him. He later retracted his affirmation, saying that it was only a joke. However, after he died in 1996, the painting’s location remained unknown.

Influenced by Greek mythology, Francis Bacon’s Triptych 1976 was sold for a whopping $86.3 million back in 2008. The recession was expected to restrain bidders’ enthusiasm, so Sotheby’s was very surprised to see the painting go for such a huge sum. The auction house’s presale estimations had been much more modest, but thanks to Roman Abramovich and his girlfriend Daria Zhukova, the triptych became the most expensive work of contemporary art ever sold at auction. 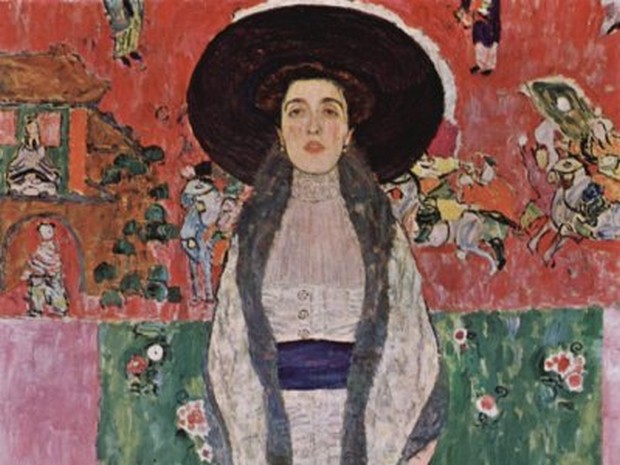 Adele Bloch-Bauer was the only model that Gustav Klimt painted more than once. With a complicated history, the painting’s current owner remained anonymous, but the sum he or she paid for it is no secret: $88 million. The woman in the painting was the wife of Ferdinand Bloch-Bauer, a wealthy industrialists who supported and favored Gustav Klimt, and who commissioned this portrait of his wife. The first portrait of Adele Bloch-Bauer also made it on this list. 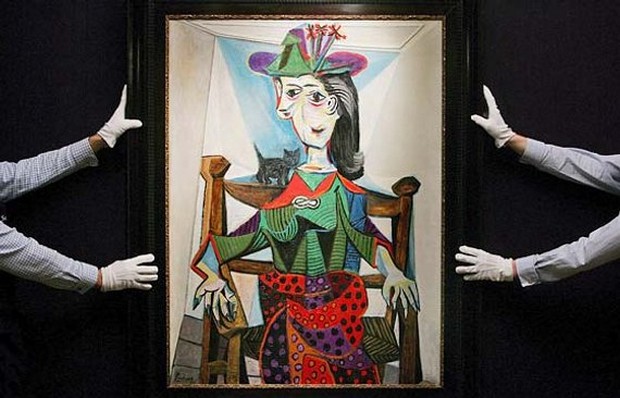 Dora Maar was one of Pablo Picasso’s mistresses, and also a poet, painter and photographer. Her relationship with the artist lasted for almost nine years, and she was his inspiration for many paintings. In this particular one, Dora Maar is depicted sitting on a chair and having a small black cat next to her, on the back of the chair. Picasso painted this portrait with great attention to detail, as the dense patterning on Dora’s dress clearly shows. When the two first met and fell in love, she was only 29, while the renowned Spanish artist was 55. 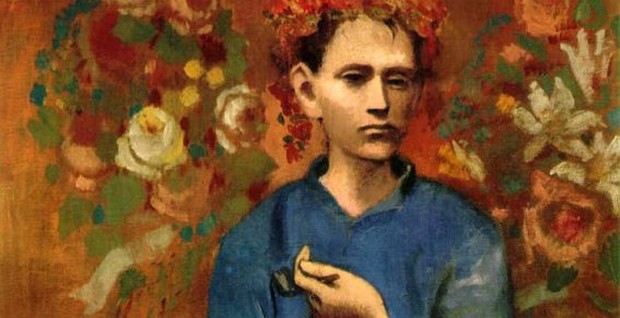 Those who are not very familiar with Picasso’s works may not immediately recognize this piece as one of his creations. However, Garçon A La Pipe is one of his early works, and a very appreciated one too. It was painted in 1905, when the artist was just 24 years old, and it is a beautiful illustration of his “Rose” period, when Picasso used cheerful pink and orange colors in his works. The painting has an androgynous character, as it shows the boy both wearing a crown of flowers and holding a masculine pipe in his hand. In 2004 the portrait fetched $104 million at a Sotheby’s auction in New York. Specialists say that the price is much over the actual value of the work. 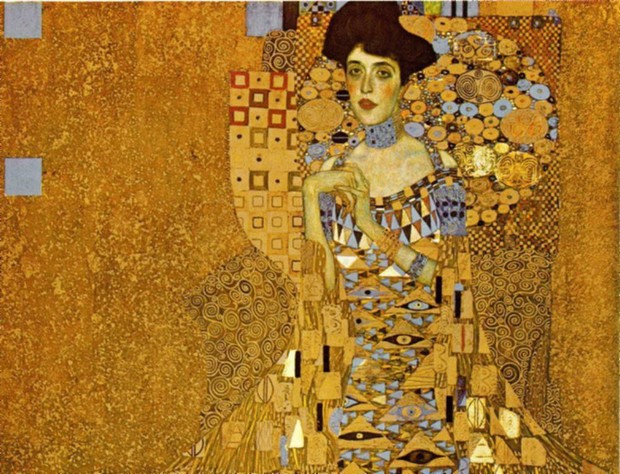 This stunning portrait became the most expensive painting for a short time when Ronald Lauder bought it for $135 million, back in 2006. Lauder bought the painting with the intention of adding it to his collection of Jewish-owned artwork that had been rescued from the Nazis. Since July 2006, the portrait has been part of Lauder’s Neue Galerie in New York City. The artist needed three years to complete this intricate work of art made with oil and gold on canvas. 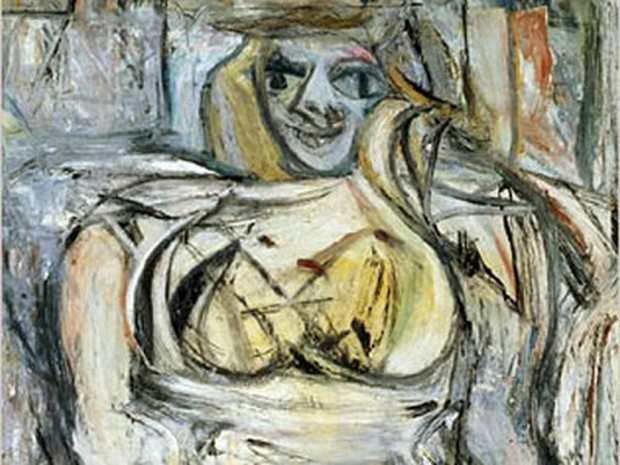 This is the only privately-owned Kooning, and it is one of a series of 6 works of art created by the artist between 1951 and 1953. In 2006, its previous owner David Geffen sold it to billionaire Steven A. Cohen for a staggering $137.5 million. Willem de Kooning was a Dutch abstract expressionist and a leader of the movement. He died in 1997 after struggling with the Alzheimer disease for a long time, but his outstanding works remained behind as priceless gems of art. 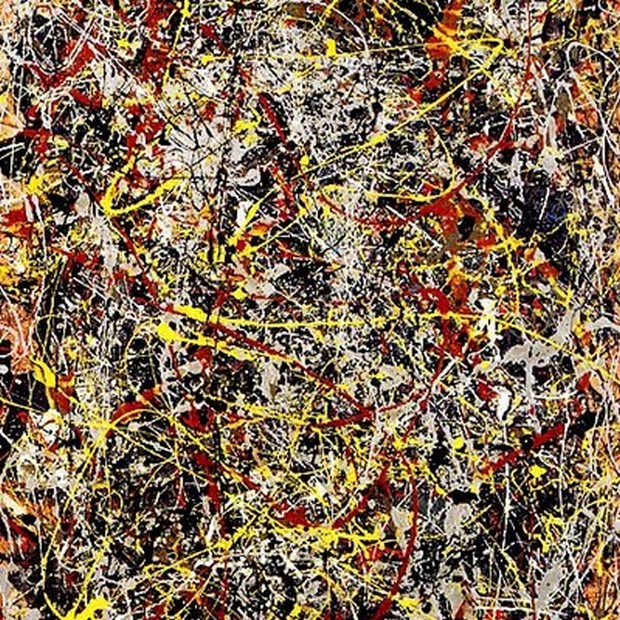 Renowned private collector David Geffen sold this remarkable piece in 2006 for the mind-blowing sum of $140 million, helping it earn its place on this list as the most expensive painting ever sold in history. The buyer remains anonymous, but there were some rumors saying that it was David Martinez, managing partner of Fintech Advisory Ltd, who made the record-braking purchase. Pollock is famous for his contributions to the abstract expressionist movement, and this painting is a remarkable example of his unique “drip” technique.