Top 10 Luxury Villas of the World

Billionaire’s luxury homes around the world seem to defy the economic crisis and sometimes even gravitation.

Celebrity homes are like museums: filled with precious items and too big to walk around by yourself and risk to get lost. Some of them even borrowed architectural symbols from world-famous museums like the Versailles Palace.

1. Antilla, Mumbai – The Most Expensive Villa In The World

The Hirsch Bedner Associates company is behind this tower-villa worth about $2 billion. The building belongs to a mogul – not at all a surprise – who is also the world’s fifth richest man, Mukesh Ambani. The mogul’s fortune reaches $43 billion, and it seems that he will have to spend a little more of it on his private sky-scraper, as the building is not yet finished. 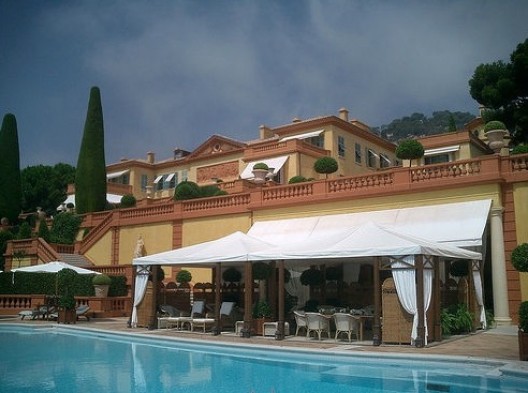 Imagine a property so vast that 50 gardeners are needed daily to work on it full time. And we didn’t even mention housekeepers and cooks. This is Villa Leopolda and we can’t imagine how much money is spent monthly on maintenance alone.

The house was built in 1902 for King Leopold II of Belgium, and it’s worth about $750 million. You can find it in Villefranche-sur-Mer. 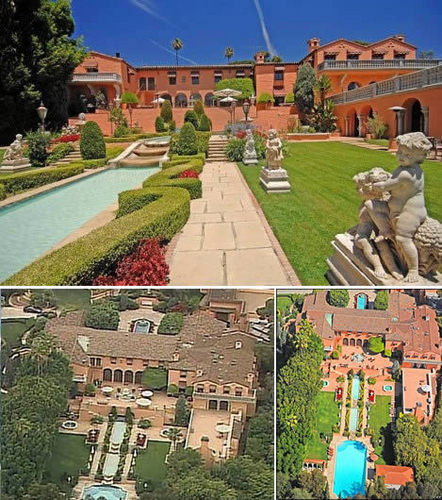 One of the most expensive estates in the States is the Hearst Residence, a mansion which was put up for sale for $165 million. This is even more impressive when you find out that is first owner, William Randolph Hearst bought it in 1947 for only $120,000. The villa has 29 bedrooms, its own tennis court, three pools, a night club, a cinema and many more. 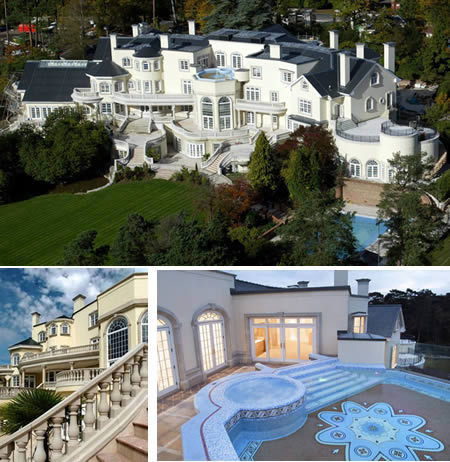 The $150 million palace is the most important construction erected in England form the 19th century to this day. Some of the most popular celebrities in the world live near this mansion, among them Elton John and even the Queen herself. 25 miles away from London, the villa has 103 bedrooms, a garage for 8 limousines, 5 pools and its mosaic floor is plated in 24K gold. 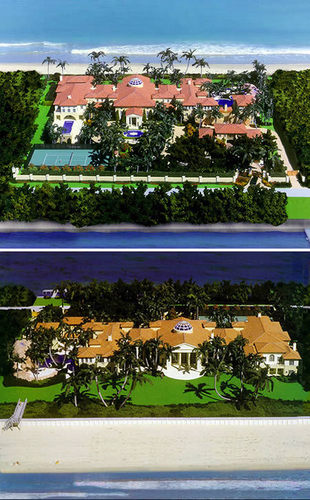 What makes the $135 million villa even more alluring is its setting: next to the Atlantic Ocean. It has 14 bedrooms, 24 bathrooms – you surely won’t have to wait for your turn in the morning there – a garage that can accommodate 18 cars, its own casino, theatre, club and many more. 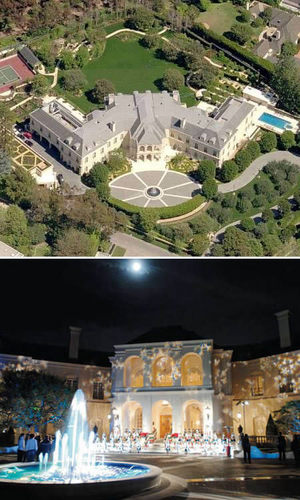 It was built in 1991 for the late film director, Aaron Spelling. In 2007, when Spelling’s wife put the house up for sale, the most expensive villa in America was Fleur De Lys, but The Manor took over with its even heftier price. The 123 rooms mansion is truly impressive, and we’ve only seen the pictures.

The palace now belongs to Mariah Carrey. She paid $125 million for it, but it was worth all the money. The beautiful immense gardens and a unique architecture make this luxury villa a true dream house. We mentioned the Versailles museum as an architectural inspiration for deluxe mansions. Well, this is what we were talking about right here: the amazing Fleur De Lys. 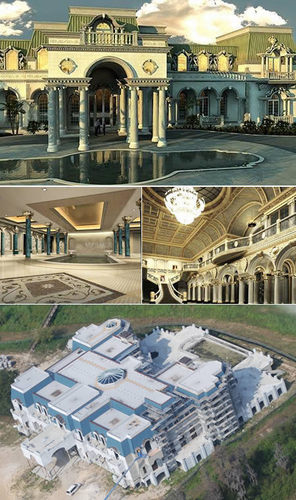 The building is only three years old and it is not yet finalized. It was built at the request of billionaire David Siegel, and it is said to be the largest private residence ever built in the United States. At this moment the villa can be sold for “only” $75 million, as it is not yet finished. But specialists estimate that the work could be completed in about 18 months with an investment of another $25 million.

Frank McKinney is the name of the artist who owns this mansion. He was impressed and inspired by his travels in Hawaii, Tahiti, Bali and Fiji, and he decided he wanted a house that would resemble what he saw there. The villa has 7 rooms, a spa with a waterfall and a private bar with an immense aquarium.

This is actually a full-size Barbie house! The concept alone is worth a lot of money, and we actually like the idea. Of course some might find it too pink, but we think it’s fun! The whole thing was a 50th anniversary present, designed to celebrate the launch of the famous doll, half a century ago. And of course, there also is a Barbie Museum there with vintage dolls and accessories to amaze the public.