The Richest Men of All Times

Glory never lasts forever, so you should know that lists like this one here don’t remain unchanged forever either. Some of you might find this surprising, but rich people’s wealth changes even after their death. But for now, these are the richest men of all times. 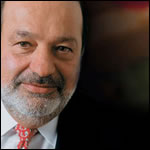 With a fortune of $60 billion, Carlos Slim Helu is a magnate of Mexico. People like to say that he owns everything in his country and that seems to be almost true, since more than 200 companies belong to him. Believe it or not, between 2005 and 2007, his wealth grew with about $27 million a day! 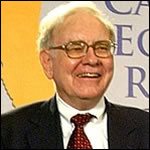 Warren Buffett was able to earmark $31 billion for the Bill and Melinda Gates Foundation, so you can imagine he’s not at all a poor man! The aforementioned sum is actually half of his current fortune. 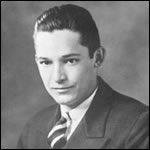 Everybody has heard of Wal-Mart, but not everybody knows who the founder of the empire was. The late Sam Walton was a visionary businessman and entrepreneur who started out with a store in Newport, Arkansas, and ended up with a huge fortune in 1992, when he died. But his business didn’t stop there, and now the sum that can be associated with Sam Walton is $62.1 billion. 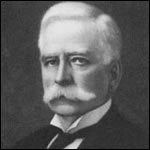 One of the most brilliant businessmen of the 19th century was Marshall Field. Many principles that we use today in marketing were first formulated by him. Probably the most popular one is “the customer is always right”. This simple philosophy brought many companies millions of dollars. His worth: $63.7 billion. 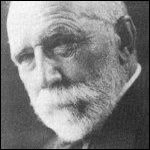 The lord of lumber, Frederick Weyerhaeuser had a great success until his demise in 1014. He created himself a huge fortune which today says $76.5 billion. 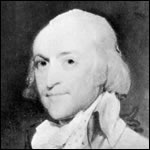 Who wouldn’t be proud to know people still mention his/her name after over 160 years? John Jacob Astor was America’s firs millionaire and his fortune was built on fur trading. He also entered the opium and real estate businesses, and today his worth is mind blowing: $116.6 billion. 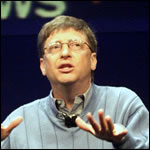 The name that couldn’t miss our list was Bill Gates. The ever flourishing computers industry has secured him pots of money, and his worth is $124 billion. Microsoft’s leader also owns the Bill and Melinda Gates Foundation which we have mentioned before. 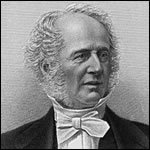 Cornelius Vanderbilt had one thing in mind: win no mater what! That even meant he would drop the prices of his steamboats to the point where he would make no profit. In the end, his drastic measures ensured him a huge fortune: $178.4 billion today. 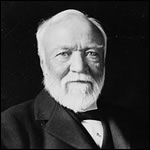 Probably a more familiar face and name for many of you is Andrew Carnegie. The man started out poor and worked hard to become somebody. He knew from his childhood what great efforts meant and he learned how to save money early in life. Then he invested wisely his savings and a few decades later he became a wealthy American. His worth today: $297.8 billion. 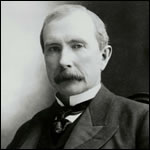 The oil business has always been a successful one and John D. Rockefeller was no stranger to the business. Since 1870 when he founded Standard Oil his wealth continued to grow and today we can put $323.4 billion next to his name.