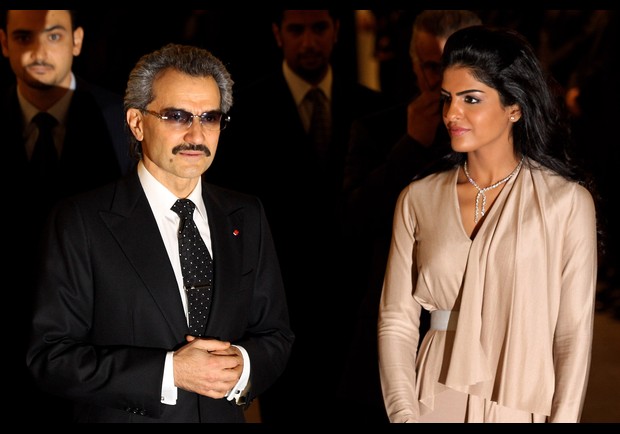 LONDON, ENGLAND – NOVEMBER 02: The part owner of The Savoy HRH Prince Alwaleed Bin Talal Bin Abdulaziz Alsaud and his wife, Princess Amira, arrive to greet the Prince of Wales as he officially reopens The Savoy following an extensive refit on November 2, 2010 in London, England. The Savoy hotel, which originally opened in 1889, closed for refurbishment and restoration of the entire building by over 1000 craftsmen in December 2007 and began receiving guests again on October 10, 2010. (Photo by Oli Scarff/Getty Images)