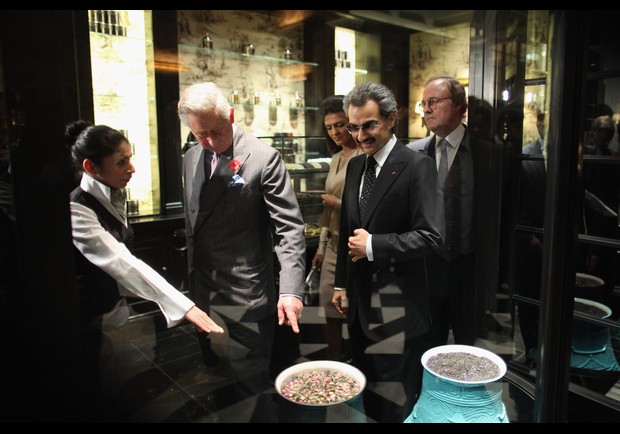 LONDON, ENGLAND – NOVEMBER 02: Prince Charles, the Prince of Wales is shown the chocolate shop, at the newly re-opened Savoy hotel, by owner Prince Alwaleed Bin Talal Bin Abdulaziz Alsaud, and his wife Princess Amira (at rear), during the Savoy hotel’s grand re-opening, on November 2, 2010 in London, England. The Savoy Hotel, which originally opened in 1889, closed for refurbishment in December 2007. The entire building has been restored by over 1000 craftsmen, and began receiving guests again on October 10, 2010. (Photo by Dan Kitwood/Getty Images for The Savoy)