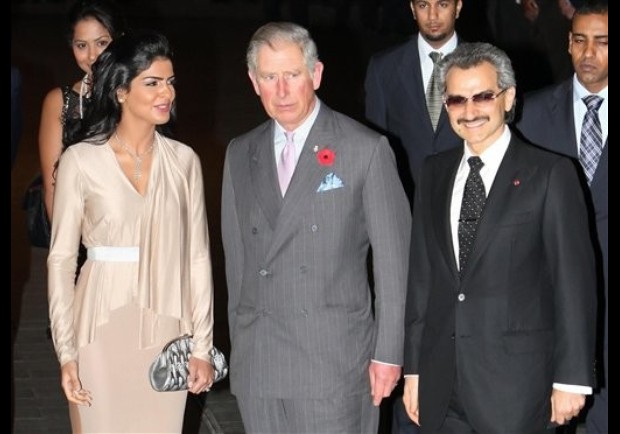 The Prince of Wales, centre, meets Saudi owner of the Savoy HRH Prince Alwaleed Bin Talal Bin AbdulAziz Alsaud, right, and Princess Amira at the official re-opening of the Savoy Hotel on the Strand in London, Tuesday Nov. 2, 2010. The landmark building in London’s Strand closed its doors in December 2007 for an overhaul which cost 220 million pounds ($352 million). Established in 1889, the Savoy was the brainchild of the Gilbert and Sullivan impresario Richard D’Oyly Carte and went on to attract royalty, writers and Hollywood stars.(AP Photo/ Dominic Lipinski /PA) ** UNITED KINGDOM OUT NO SALES NO ARCHIVE **