This rare and still fully functional 1836 Colt revolver recently set a new record for the most expensive single firearm ever sold. It fetched almost $1 million, making its Silicon Valley buyer very proud to own such an important piece.

The gun features a 9-inch barrel and a loading lever, and even though it is still functional, its owner will probably just keep it for display purposes. It was part of a limited edition of only 3000 units, of which just 300 still exist today. Not all 300 pieces that are known to have survived the test of time also work, which makes this piece even more special.

The 175-year-old Colt revolver was sold at a Heritage Auction in Dallas, Texas, together with a set of accessories. It fetched $977,500. 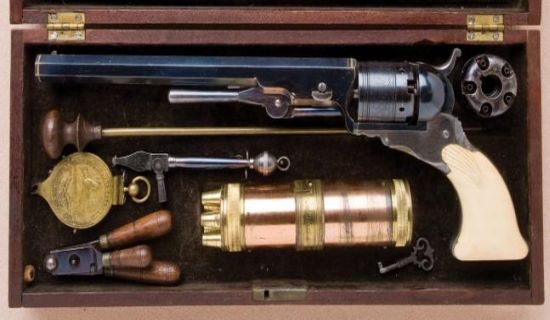