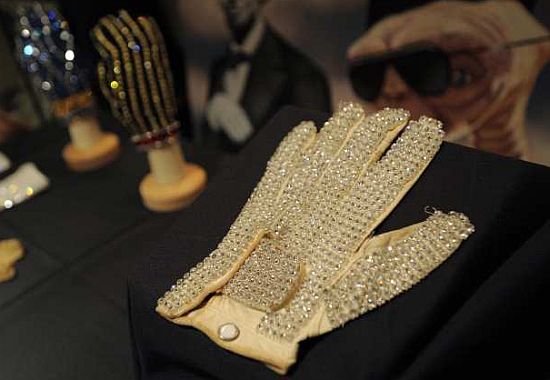 epa01941565 (FILE) A file photo dated 17 November 2009 shows a view of the white jeweled glove worn by Michael Jackson at the 1983 Motown special during a preview of music memorabilia auction at the Hard Rock Cafe in New York, New York, USA. The glove was sold for 350,000 US dollars (235,500 Euros), nine times the expected price, by Julien’s Auctions at the Hard Rock Cafe on 21 November 2009. EPA/JUSTIN LANE