Let’s Drink to the Whales!

What wouldn’t you give for a nice, cold beer? Eight hundred dollars, probably. But if you want more than a good beer, then this is the price you’ll have to pay.

Anyway, this limited edition beer was made with one purpose in mind: to raise funds for the anti-whaling group Sea Shepherd. One really interesting thing about this beer is the fact that it has been brewed with ice from the Antarctic Ocean. Yes, when the Sea Shepherd took their last trip to the cold waters south, they took back some ice samples and used them to make the Antarctic Nail Ale beer.

They did it all for a good cause and we applaud their initiative. 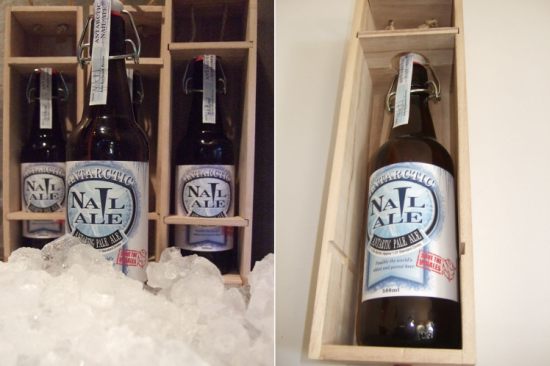