Turanor PlanetSolar is the world’s largest solar boat and it will be the first one to sail around the world in order to make people more aware of the damage regular ships do on the environment. Piloted by one woman and five men, the nature-friendly yacht is expected to reach the Miami shores on November 29, 2010.

With the topside covered in solar panels (5,300 square feet) the PlanetSolar can reach speeds of up to 15 knots. The design of the boat, made by Craig Loomes from LOMOcean Design has been cleverly conceived to save energy. This is possible by not riding the waves in the classic way.

Sustainable energy technology advocates such as German entrepreneur Immo Ströher were very excited to hear about the PlanetSolar. Ströher invested $17.5 million in the project after being contacted by its founder, Swiss engineer Raphaël Domjan.

We love to see people invest time, money and energy into environment considerate technologies. From this perspective, the future really looks bright. 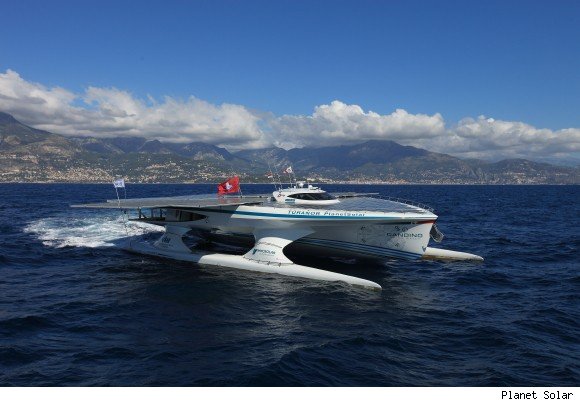