Frank Nuovo, the Mastermind Behind Vertu

For 12 years Frank Nuovo has been creating some of the most expensive mobile phones in the world: Vertu. However, he is still far from losing his enthusiasm and inspiration.

We already told you about the latest €19,000 Vertu jewel, the Constellation Quest,  and now we have the pleasure of sharing some more information about the first Vertu smartphone and its creator. At the launch of the luxury phone many celebrities were present to see and get informed about the product and its story. The event was held at Lancaster House in London, and there, in a highly exclusive ambiance, Frank Nuovo had the opportunity to present his latest creation.

Right from the very first sketch of his vision, Frank Nuovo was certain about his success. The Italian-American designer had two muses when he started to work on his dream: collection watches and jewelry. He was the first one to take small bolts from Swiss watches and introduce them in luxury phones. This was happening in 1998. Four years later, the first Vertu model – Signature – would reach the high end shops, where customers never care what the price tags say. Since then, Vertu has been enjoying a growing appreciation among the rich. Nuovo himself is proud to assert that he never expected anything else but success for his creations. 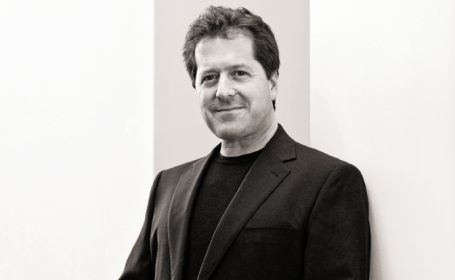 A Life-Long Experience in Design

Four hundred employees work at Vertu’s headquarters in Hampshire, Great Britain. They all make Frank Nuovo’s dreams become reality, and then the company sells the results for tens of thousands of Euros. Regardless what their job is, every single worker there follows the designer’s exact specifications.

Up until now, Nuovo has never separated himself from the work of creation, and he never plans to do so. At only eleven he was part of a band, and after finishing high school he went to an art college in California where he studied music and other arts. Right after graduation, in 1986, Nuovo got a designer job at a BMW Group subsidiary, Designworks USA. Here he created cars interiors, electric devices, auto parts, and medical equipment for Designworks clients. This is where he learned how to adapt his bohemian spirit to the industrial rigors, and here is where he also developed his sense of business. He became so good in what he was doing, that he was named director of the design department. In 1989 Nuovo started working for Nokia through Designworks. His first creations were the Nokia 101 and 121 models.

The Finnish noticed his potential and convinced him to join their team. So, in 1995, Frank Nuovo becomes a full-time designer for Nokia. Here he created the first international team of designers for the company, opening new design centers in Finland and England, and making some design teams in Denmark, China, Japan, Germany and her, in the States.

From Designer to Luxury Designer

Frank Nuovo has spent most of his career trying to create the best products for Nokia with the smallest possible costs. But he later started to picture himself creating exclusivist mobile phones, even phones that could be personalized for each customer.

February 1998 was when he started to make his first sketches for a new phone that would be completely different from everything he had ever designed before. Nokia board members loved his ideas and decided to create a luxury division for the company. For eight years Nuovo worked both for Nokia and his new project, but in 2006 he decided to focus solely on the new brand that he had helped create. By that time he had already patented the rubies that were fixed between the phone’s keys, the use of carbon fiber (Vertu Ascent Motorsport) and the first ceramic keyboard in the world (Vertu Constellation).

That same year, the Vertu Signature Cobra by French  jeweler Boucheron was launched. The phone, studded with two diamonds, two emeralds, 439 rubies, was about €235,000. Only eight were ever made. This and other similar successes have determined people to call Frank Nuovo the “Calvin Klein” of mobile phones. Nuovo admits that he likes the idea, but he is also aware of the fact that his phones are not yet true fashion items like Gucci or Prada handbags for instance.

Nuovo’s creative spirit is not limited to only mobile phones. Three years ago he founded his own design firm, called Design Studio Nuovo (California). Since then his wife Trina, and two other employees have been taking care of the firm’s consultancy contracts with companies from Denmark, Sweden and Germany, while Nuovo himself has been flying wherever his customers needed him.

The designer is not ready yet to disclose information about the financial success of his projects, because he believes it is too small to be mentioned. He sais that every new business starts slow profit-wise, but they all need a lot of time investment.

During the last two years, he and his team at Vertu have been working on a new technologically advanced system for mobile phones. It is designed to help your phone detect where you travel and adapt its clock to the new location. Every time you get down from your plane, the innovative phone should be able to tell you the correct time without you touching a dial.

Despite the impressive number of celebrities that gathered at the exclusive Lancaster House launch party, the entire event remained discreet and refined. That’s exactly what Nuovo has been dreaming of. Important people buy his deluxe products but never speak openly of their luxury belongings. We only know a few celebrities that have their own Vertu mobiles: David Beckham, Quincy Jones, Gwyneth Paltrow and Brad Pitt.

Frank Nuovo is sure that he will guide his vision in the right direction and that the rich will continue to buy his gems-studded phones, wrapped in leather, gold and other precious materials that people didn’t even know they wanted to have.