Since Dubai’s citizens are definitely some of the wealthiest individuals in the world, it makes sense that they would afford to drive some of the world’s fastest and most expensive supercars. Consequently, the Dubai Police Department needs to keep up with the citizens that it is sworn to protect, which is why it boasts a very impressive collection of high-end patrol cars, including a Lamborghini Aventador and a Bugatti Veyron. 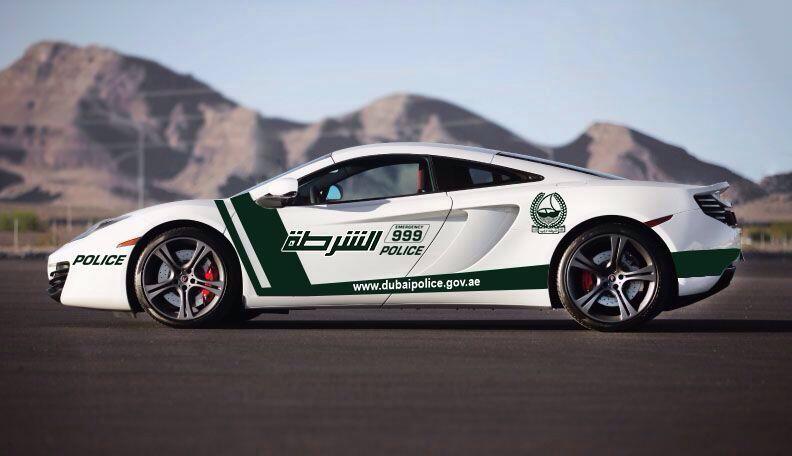 The latest supercar to join the collection is a fantastic McLaren MP4-12C, which boasts a carbon fiber composite chassis as well as a very powerful 3.8-litre V8, twin-turbo engine that dishes out 616 horsepower. The news came via the Dubai Police Twitter feed, which included a simple message stating the following: “Dubai Police latest Super Patrol Car. The McLaren MP4-12C”. This stunning vehicle was introduced officially in 2011, and it will definitely make a fine addition to the Dubai Police fleet of white and green beasts.