Discretionary Money – Where Does it Go?

Curious to know how much we spend on stuff? We don’t mean food, non-alcoholic beverages, housing and other necessities. All these expenditures aside, how much does an American spend on not so necessary things?

Forbes clearly shows that Americans spent less in 2009 than in 2008 and it seems that they are going to spend even lesser this year. Of course, we didn’t need them to tell us this, since many of us already know it from our personal experience. Even some of the richest Americans have cut down their outlays. Did you know the luxury industry fetched 9% less money in 2009 than it did the previous year? 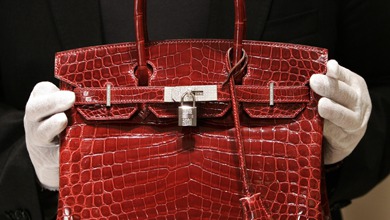 Let’s talk some more numbers. Americans’ discretionary spending includes auto parts and service, air travel, furniture, electronics and appliances, apparel, lodging, department stores, restaurants and luxury (including jewelry). In 2009 we ‘lost’ $1.13 trillion on these stuff, a little less than the $1.16 trillion that we spent the year before. The total for 2010 is expected to be somewhere around $1.03 trillion.

Can you guess in which of the categories above did we invest the most money last year? Restaurants. Only 1% less than the year before means $392 billion in 2009. It seems that rich or not, Americans still like to eat out once in a while.

But there is one category that surprised us all by pulling out more money in 2009 than in 2008. What did people in America feel is really worth their money? Believe it or not, it’s cars and service. Yes, buying or tuning our vehicles seems to be a priority. All the other stuff are less important. Just compare the figures: furnishings went down 10%, electronics went down 8.6% and apparel went down 4.2% in one year. And all this happens in a time when the unemployment rate sais 9.8%. The Jones Act is a portion of the Merchant Marine Act of 1920 that addresses the rights of seamen and coastal commerce in the United States. Many consider the Act to be one of the most essential pieces of domestic marine law. The statute, named for its sponsor, Senator Wesley Jones, superseded several obsolete laws […]