This exquisite pear-shaped diamond will be soon auctioned off by Christie’s at their upcoming Magnificent Jewels sale in New York. Specialists believe that the gem could fetch some $8 million, as this is the rarest in its class, boasting a dazzling vivid deep yellow color.

Approximately the size of a guitar pick, the diamond is described by Rahul Kadakia, the head of Christie’s Americas as “unlike any yellow diamond I’ve ever seen. In the world of diamonds, a naturally colored stone of this color and size represents a freak occurrence i.e. an extremely rare geological phenomenon”.

The auction house believes that this sale could surpass the impressive $203,000 per carat price of the Golden Drop, an 18.49 pear-shaped yellow diamond that they sold in 1990 in London. For the incredibly rich who are interested in purchasing this amazing yellow diamond, Christie’s has planed a global preview tour of the gem. The tour started today in London (August 30-31) and it will continue to Geneva (September 12-13), Hong Kong (September 15-16) and finally New York (October 14-17). The sale will take place on October 18. 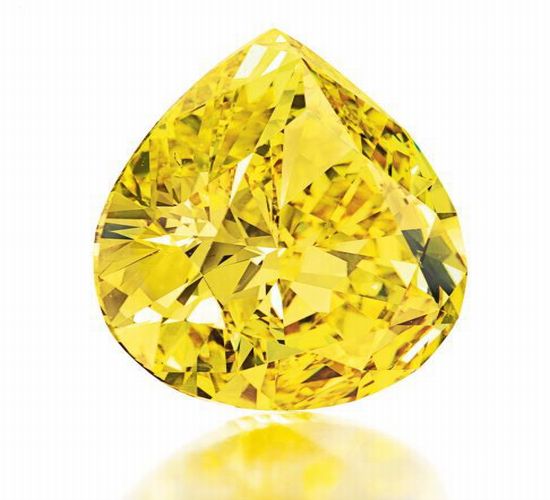