The exquisite Seataci concept yacht is the brainchild of Montreal-based industrial designer Charles Bombardier, who came up with the idea for it while scuba diving off a resort in Bora Bora. Powered by an eco-friendly propulsion, the yacht would be based on a system of connecting pods with oscillating foils that push water around just like the tail of a whale. 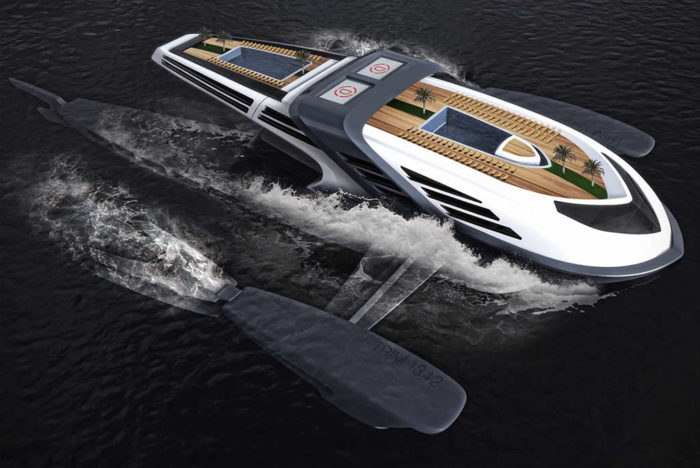 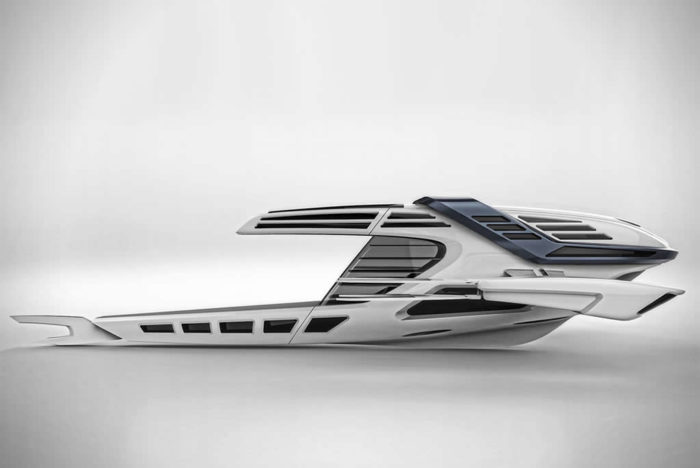 Apparently, the system would generate less underwater noise and would be much more efficient when compared to conventional propellers, which would allow the vessel to glide across shallow waters with ease. The yacht would also be equipped with a ballast system that would sink its main hull in order to allow passengers to admire amazing underwater panoramas. Other highlights include a tropical garden on the deck, an observatory lounge, a dining hall, landing pads for personal drones and a swimming pool. 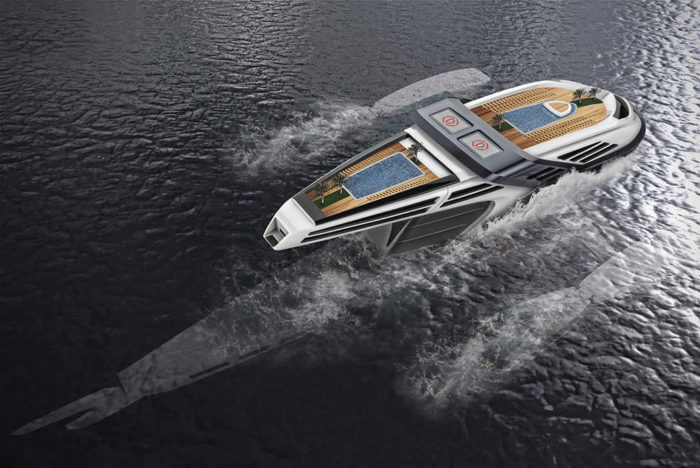 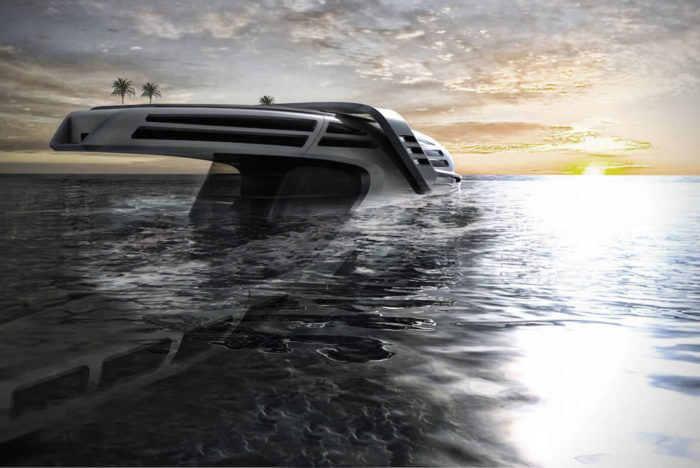