An Autographed Copy of ‘Mein Kampf’ to Hit the Auction Block

An incredibly rare example of Mein Kampf will be auctioned off by Mullock’s later this month. According to Mullock’s expert Richard Westwood Brookes, this might be the rarest ever edition of Adolf Hitler’s book. This particular copy is expected to raise some £30,000 (approx. $48,800), first because it is bears the 1925 imprint and second because it is one of the extremely rare copies signed by its author.

Hitler wrote the book while he was imprisoned at Landsberg, Germany, in 1925. The copy that will hit the auction block on April 19 was dedicated to a founder of the former Nazi party, Hermann Esser. It is dated Christmas Eve 1925 and it comes from a private Australian collector. 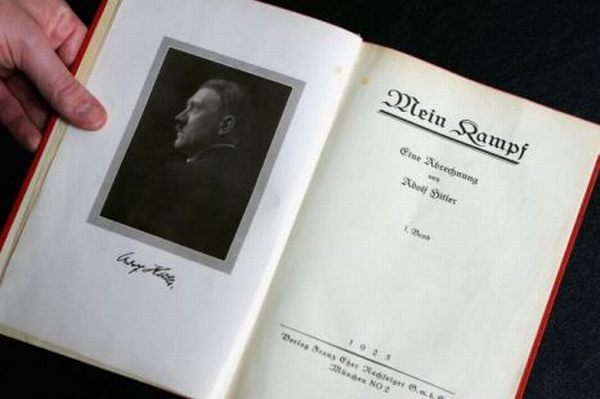