It sometimes happens for a large, beautiful diamond to sell for much less than previously expected. While this is not good for the seller, it is always great for the buyer. Take for instance this dazzling 50-carat diamond which once belonged to a Belgian hotelier. The gem was expected to sell for approximately $10 million, but only managed to fetch $2.7 million at a Ritchies Auctioneers in Toronto, Canada.

Kashif Khan, the Managing Director of the auction house, characterized the price as “ridiculously low”, for a diamond that big. On the up side, however, the sale also marked a new record in Canada, where no diamond has ever been sold for this price before. Said to have come from South Africa (its origins are not quite clear), the diamond was kept in a safe for ten years.

No one can explain exactly why bidders didn’t offer higher prices for the gem, but it is believed that the declining economy was what affected their generosity. 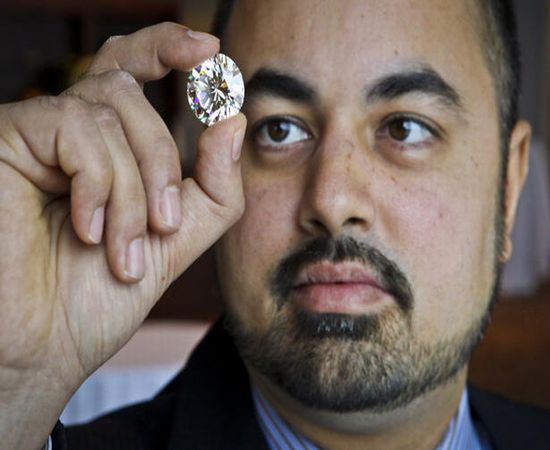