Offered on New Year’s Eve at one of Las Vegas’ greatest parties, XS at the Encore, the bottle of champagne wasn’t sold until the next night, when the UFC 125 after-party, hosted by heavyweight Cain Velasquez, took place.

The bottle is so enormous that two strong men were given the task to carry it to the high roller table. Imagine that the 30L bottle equals to 40 regular sized bottles of the sweet bubbly and about 200 people can drink a glass of champagne from it.

The Armand de Brignac, sold in opaque metallic bottles, is also known as Ace of Spades because of the symbol on the bottle, mark of the unmatched winemaking experts – the Cattier family who has a rich history dating back to 1773. 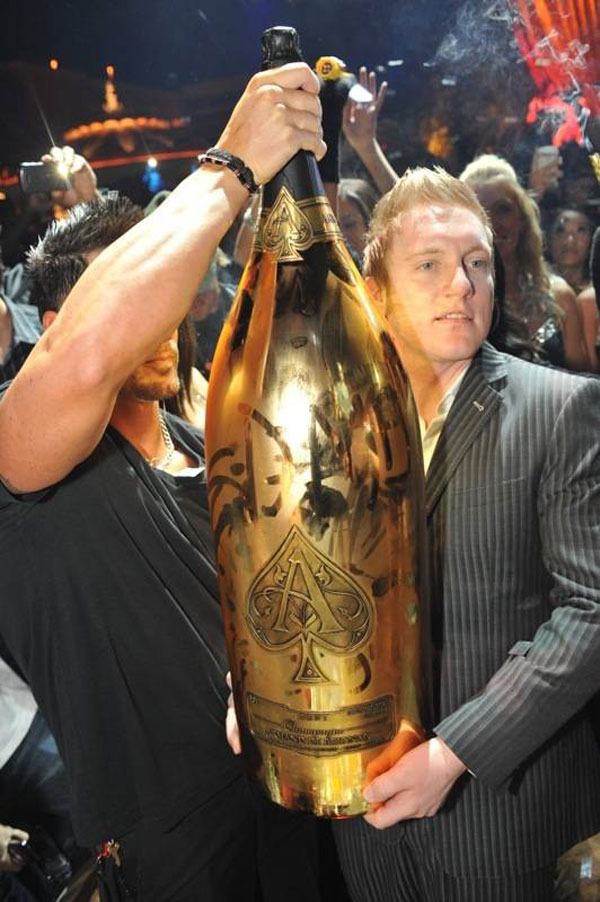