Home » News & Trends » This 1944 NSU Kettenkrad Is Being Auctioned Off

This 1944 NSU Kettenkrad Is Being Auctioned Off

If you’re eager to own an actual piece of World War II equipment, you’ll definitely be interested in finding out about this remarkable 1944 NSU Kettenkrad, which is set to be put under the hammer by Bonhams. The expected price for this tracked motorcycle is between $73,000 and $98,000, and this is definitely a fair assumption, as the vehicle served in both the Eastern Front and the North African desert. 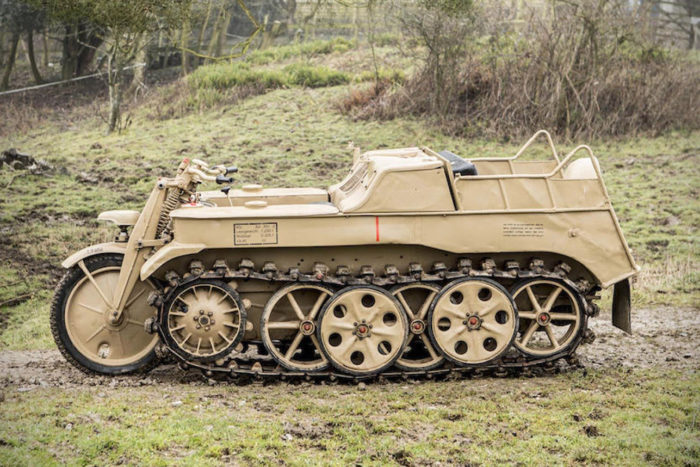 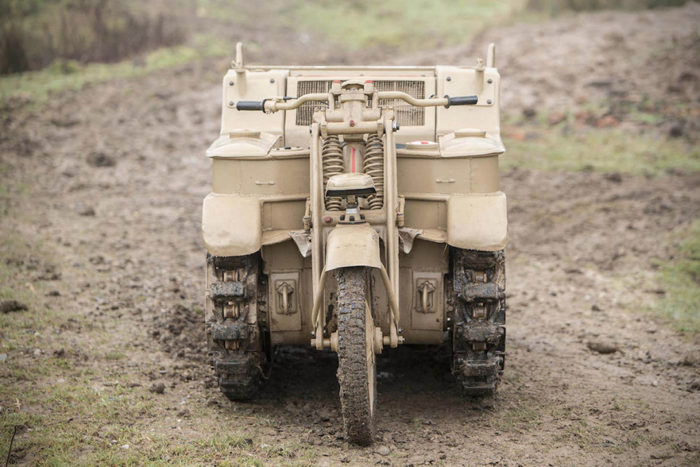 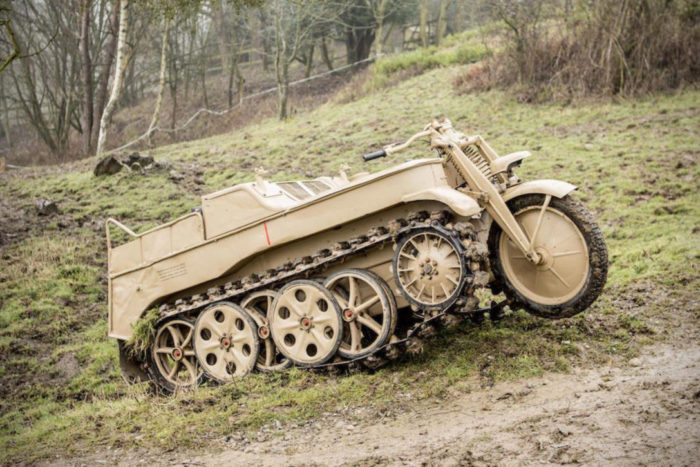 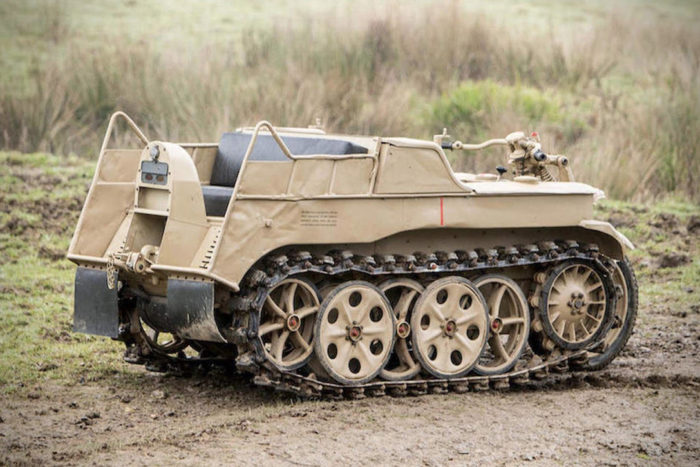 The power comes from a 1,478cc inline-4 water-cooled engine that also powers the famed Opel Olympia. The 36-horsepower output might not sound like much today, but it was definitely respectable back in the day, as was the three-speed transmission that allowed those tracks to move up inclines of 24 degrees or more at a top speed of 50mph. 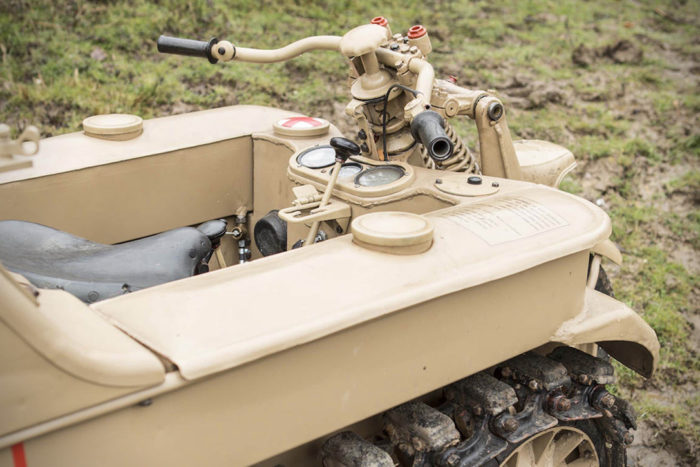 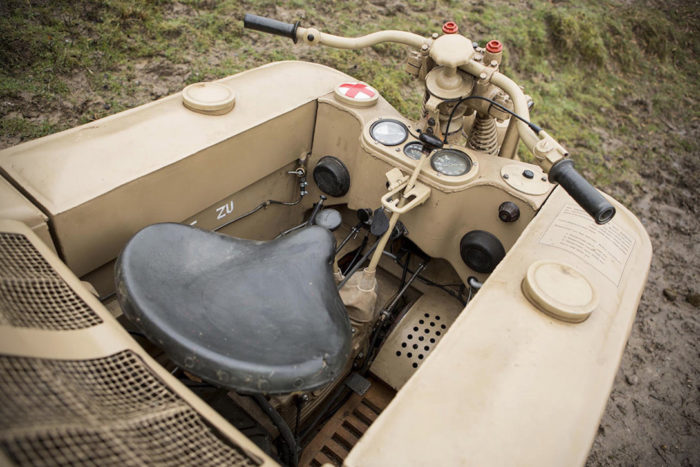 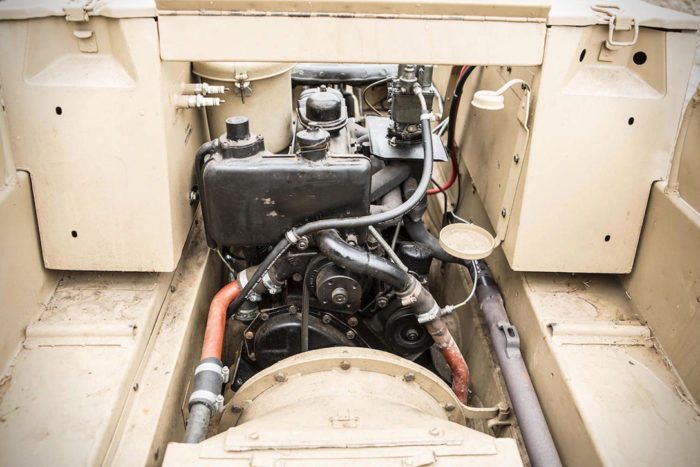 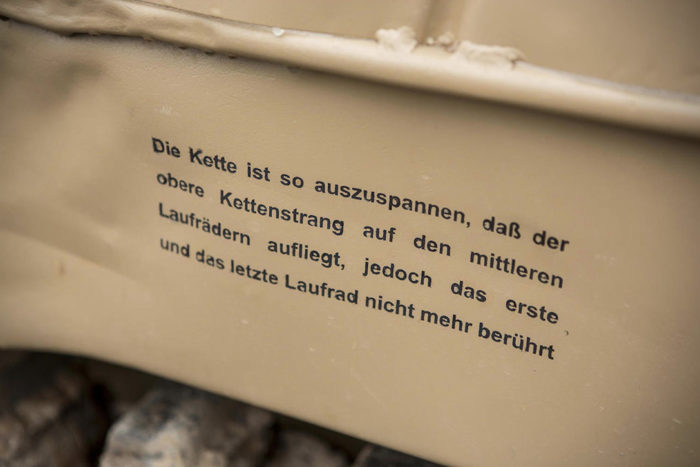